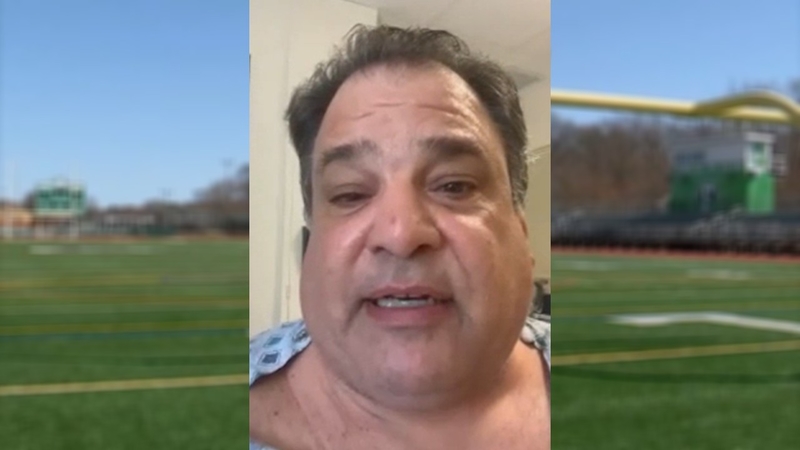 FARMINGDALE, Long Island (WABC) -- Two high school athletic trainers on Long Island are being credited with saving the life of a referee who collapsed on the field during a varsity football game on Saturday.

"I started getting a little dizzy, then, all of a sudden things started going black and I just passed out," LoNigro said.

East Meadow High School athletic trainer Dan DeSimone ran to LoNigro, while Farmingdale trainer Phil Fandale jumped into a golf cart, which carried an AED, and drove to LoNigro on the field.

"He still was breathing. He still had a pulse. As we turned him over. His pulse went," Fandale said.

"The AED shocked him. I started doing chests compressions again. The AED analyzed it again and found a pulse," DeSimone said.
LoNigro was transported to the hospital.

"Thank God Phil and Dan were there. They knew exactly what to do," LoNigro said on Monday from his hospital bed.

"It was a phenomenal team effort," Fandale said. "Everybody had a job to do, everybody did it. There was no panic."

"It went as good as we wanted it to," DeSimone said.

LoNigro said doctors are still trying to figure out what caused him to collapse, but said his potassium levels were low when he arrived at the hospital.

NASA's newest Mars rover has sent back the first-ever sounds of driving on the red planet.