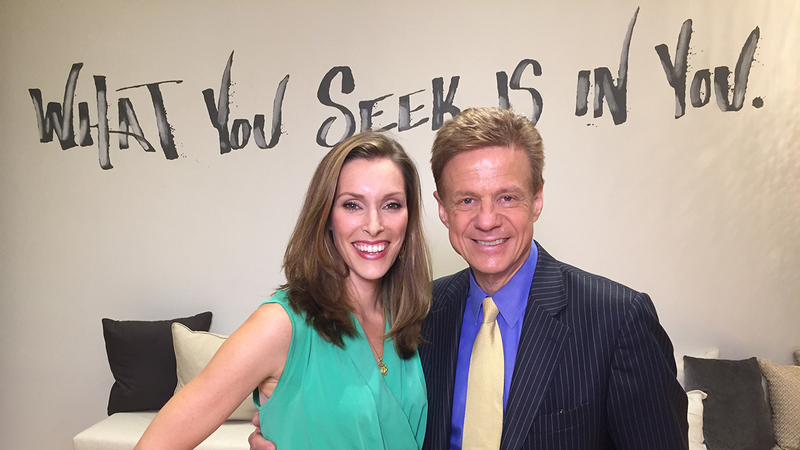 SOHO, Manhattan (WABC) -- Emily Fletcher is a performer playing to a different crowd after a decade on Broadway as a dancer and singer, finding her second act a few miles from Broadway but a world away from the stages where she spent 10 years as a working actress.

Now, she is the proprietor of Ziva in Soho, where she encourages her students to "take their brains to the gym."

Fletcher believes you don't have to make like a monk to meditate, advertising her program as "busy lives, busy minds."

And busy New Yorkers are her specialty.

Broadway stars like Laura Benanti have had their lives transformed, just as Fletcher's life changed after years on stage and in TV shows like "Gossip Girl."

A turning point came during the Broadway revival of "A Chorus Line," when Fletcher was an understudy replacing lead performers when they had to call in sick.

"And that is what ultimately led me to meditation," she said. "It was the anxiety I was feeling, of never knowing what role I was going to play on Broadway. You know, I was having insomnia, going gray at 26, getting sick, getting injured. So here I am, living my dream on Broadway, doing the thing I'd wanted to do since I was a child. And I was miserable."

Another actress suggested meditation, but Fletcher was skeptical.

"It sounded a little hippy dippy, a little woo woo," she said.

She explained that she is a pragmatist, but she decided to give it a try anyway. She said her life improved immediately, and she was convinced.

"I thought, why does everyone not meditate?" she said. "So I left Broadway. I went to India, and I started what became a three-year process to teach it. And I opened Ziva, and it's the best thing I've ever done."

Classes are available online and in person, where Fletcher gets "to use a lifetime of performance training, but more directly -- to help others."

And it's working. Each month, Fletcher gives a free talk to introduce her Ziva program, and she welcomes all skeptics and those who need to be convinced. She's convinced "stress makes us stupid," and she'd determined to do something about it.