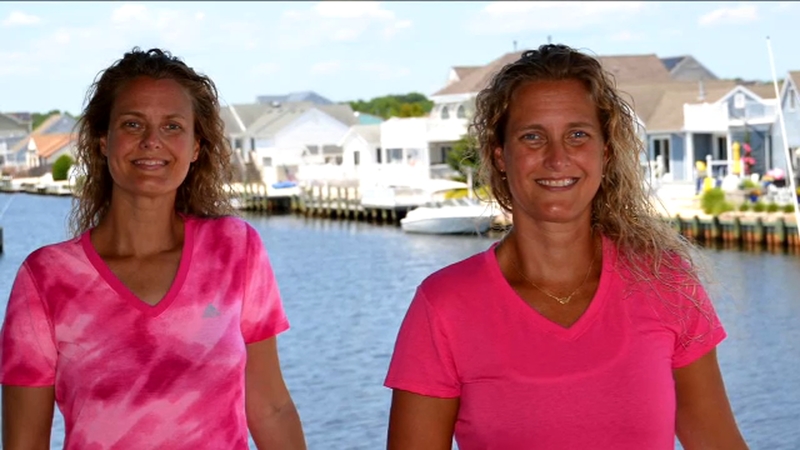 Now their fight is helping doctors learn more about the disease.

"One in eight women are going to develop breast cancer. But, women with a family history of breast cancer have an elevated risk," Dr. Yolanda Tammaro said.

Identical twins are the result of a single egg that splits, so they share the same DNA and are helping researchers answer questions about genetics and breast cancer.

They even had a duplicate breast cancer diagnosis at the young age of 42. In October of last year, McCallum, younger than her twin by two minutes, went for a routine mammogram.

"The mammogram came back perfectly clear and showed nothing, where the ultrasound showed that there was an abnormality that I then had to go back and get checked for again," she said

A biopsy showed it was invasive ductal carcinoma, the most common kind of breast cancer found in 80% of diagnoses.

"I cried, right in the middle of work, cried. And then even when Meagan told me I cried again, because it was even more real," Werner said.

As Werner waited to be screened for cancer, twin McCallum had a lumpectomy. The two visited in February, and McCallum offered to show Werner her surgery scars.

"When I showed her where the scars were, she went pale as a ghost. She went so white. I thought, 'Oh, no,' and I didn't know at the time that she found her own lump," McCallum said. "And the reason she went white was because her lump was in the exact same spot."

The similarities didn't end there.

"My mammogram was also negative for any abnormalities, but the ultrasound found a mass," Werner said.

In April, she too was diagnosed with invasive ductal carcinoma in the exact same spot, with almost every test reading precisely the same as her twin.

One study revealed that if one identical twin develops breast cancer, there is a 28% chance the other twin will also develop it.

Werner chose the same course of treatment as her sister at Southern Ocean Medical Center in New Jersey. Now both women are doing well and pleading for others to follow their lead.

"Early detection will save your life, it absolutely will," McCallum said.

"Don't be afraid to go. Because, like, obviously they saved our lives," Werner said.