Why everyone is wearing yellow Friday for this little boy 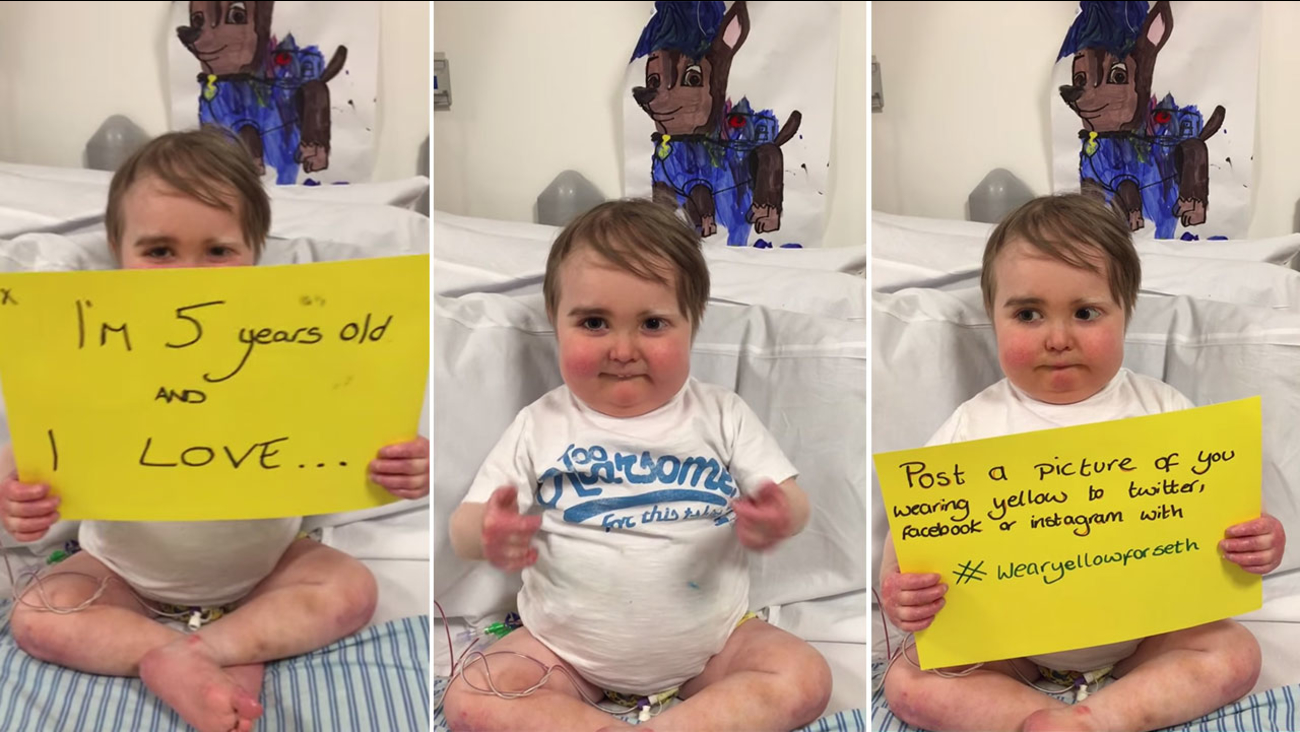 What started as a way to put a smile on a 5-year-old's face has become an international phenomenon beyond his mom's wildest dreams.

Seth, who was born without an immune system, has a big smile, an even bigger personality and a simple message: Wear yellow on March 27 to show him support. 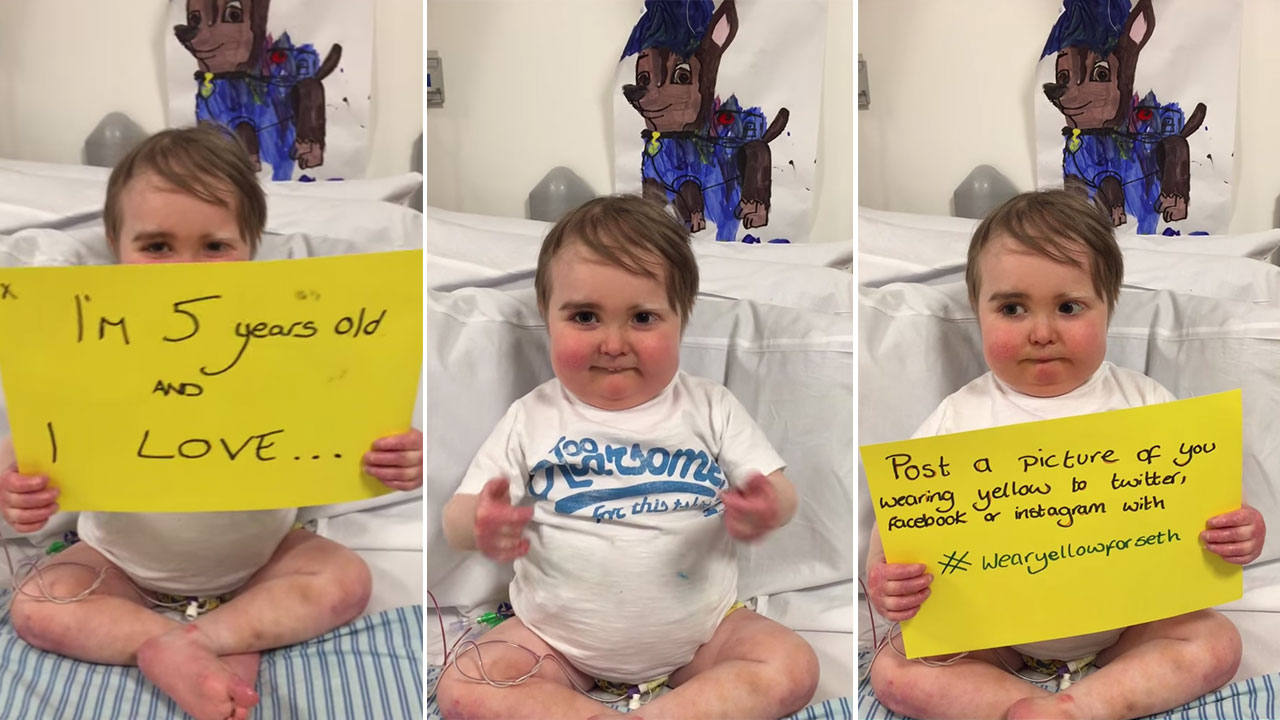 "It's been absolutely overwhelming, but in a good way," Leanne Lane told ABC of the campaign.

It all started with a short video of charismatic little Seth holding up signs. They explain what his life is like and ask people to come together and all wear yellow on the same day.


Tap to watch if you're viewings on the news app.

Leanne (occasionally joined by Seth's dad, Nik) has been keeping supporters updated on Seth's condition through her blog. He is due for another bone marrow transplant in about five weeks, she said, when he's well enough. His first transplant in 2010 was unsuccessful.

She's thankful for the supportive responses her blog has gotten, she said.

"Any parent anyway always questions themselves," she said. "To be saying, 'it looks like you're doing a good job,' that means the world to me as a mother."

Though many might think such an extreme environment would put a damper on Seth's personality, Lane said that is not the case.

"We're so lucky," she said, calling him a happy, easy-going and cheeky little boy. "He makes all this a bit easier for us, I'll be honest, with his attitude."

The overwhelming response to Seth's video helps, too. Though this is not the first time the family has promoted a "Wear Yellow for Seth" campaign, this time it has surpassed any expectations, prompting thousands of strangers to get creative with their yellow garb.

Seth uses an iPad, his mom said, to flip through photos on the site where the Bubble Foundation is collecting all the photos: wearyellowforseth.com.

Though he's only five, Seth understands the impact he's made to some extent, his mom said.

"He knows that people are doing it for him. We've explained it quite a few times. And he's like, 'look, yellow for me,' so that is enough for him, really," she said.

Seth's favorites, his mom said, involve dogs and firefighters. He particularly loved one out of Ohio involving both.

"A dog in yellow, he just thought that was brilliant," she said.

They are getting responses from all over the world, and his mom has decided to use it as a learning opportunity.


"We're doing it in like a craft day," Lane said. "Seth is going to make things and we're going to talk about what the country's known for and learn a bit about the country as we're doing it."

This will help Seth, who gets to see so little of the world, grasp the impact he's made.

"He hasn't got a concept of the world," his mom said. "His world is so small that I think it's difficult for him to consider it."

On top of the impact on her son, Lane said she is thankful for the attention the campaign has brought to the Bubble Foundation, which provides support to children with no immune system, and to immune diseases in general. She also said she's grateful for people who have been inspired to become marrow donors from Seth's story.

"We didn't set out to do any of the media stuff," she explained, "but they're saying it's highlighting the importance of being a bone marrow donor, and that's saving children's lives."

Lane wants supporters to know that Seth does have a donor (his dad!), though she appreciates the many offers they've received. She also wants them to know that she doesn't want to make it about the money. All of the family's medical bills have been taken care of by England's National Health Service, she said.

"It's not about going out and spending money on it or anything like that," she said. "It's just about wearing something yellow and all of us coming together."

Joining the campaign on March 27? Post to social media with the hashtag #wearyellowforSeth so he can see it on his website!

Read more on the family's blog.
Photos used with permission.