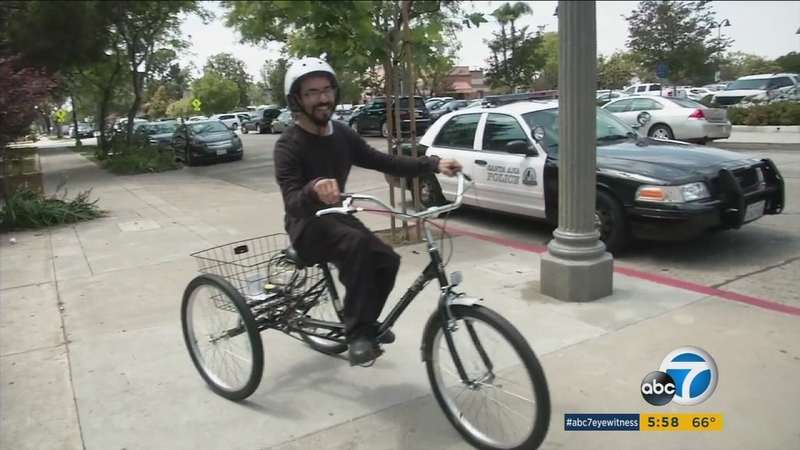 Each day, he rides his only mode of transportation, an adult tricycle, to and from work. That was until last week, when someone stole it.

"Upset, really upset, because that was my favorite one," said Romero.

Distraught, Romero told his manager Elvia Pulley who called the police and tried to calm him down.

"We told Henry not to worry, we were going to help him get the money so he could get a new bike," Pulley said.

While his co-workers tried to round up the $500 for a new tricycle, Romero stayed home, unable to go to work.

That was until Tuesday, when he received a surprise. The officer who responded to the initial theft call, picked him up and brought him to Orange Cycle.

Inside were several officers from the Santa Ana Police Department who were waiting with a new tricycle.

"I felt really bad for him knowing that here Henry has his disabilities and he still figures out a way to go to work," said officer Alex Lopez.

The store also donated a new lock so this wouldn't happen again.

"It's priceless, it's the kind of stuff that despite everything that's going on nowadays, really means a lot," said Lopez.

Romero gave his new trike a spin in the parking lot, smiling the entire time. He said he never thought something like this would happen to him and he can't wait to get back to work.