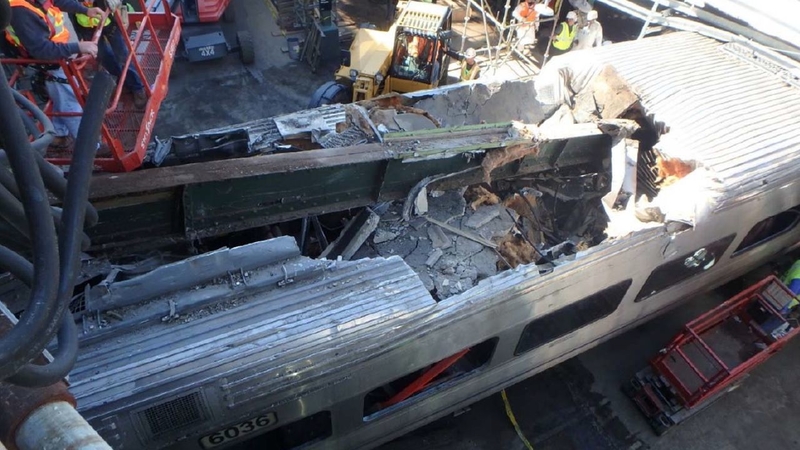 HOBOKEN, New Jersey (WABC) -- The NTSB's preliminary report on the deadly New Jersey Transit train crash at Hoboken station reveals details about the agency's interviews with the engineer and conductor.

The report released Thursday morning gives a first look at the NTSB's findings into the September 29 train crash that killed one woman and injured more than 100 others. The train failed to stop as it was traveling into the station, going over bumping posts and hitting the wall of the terminal.

According to the report, the engineer - identified as Thomas Gallagher - went on duty at 6:46 a.m. He said he felt fully rested when he arrived at work, and that his cellphone was turned off and in his backpack. He said he conducted required brake tests before departing and that the train had operated normally throughout the trip.

Gallagher also said the cab alerter - a device installed in the cab to promote locomotive engineer attentiveness - was operating properly.

He told the NTSB that was he pulled in on track 5 - the normal track for the 1614 train at Hoboken - he blew the horn, checked the speedometer and started ringing the bell.

Gallagher said he looked at his watch and noticed his train was about 6 minutes late arriving at Hoboken. When he checked his speedometer, he said it showed the train going 10 mph.

"He said he remembers waking up in the cab laying on the floor after the accident, but has no memory of the accident," the NTSB report stated.

As for the conductor, he told the NTSB he went on duty at 6:30 a.m., and had worked with Gallagher on other occasions and even spoke to him before leaving that morning. He said he didn't notice anything unusual about Gallagher's behavior.

The conductor said the train only had four cars when it normally has five, causing the train cars to be very crowded with people standing in the vestibules. In fact, he said it was so crowded he couldn't go around and collect fares.

The conduct told the NTSB that he did not notice anything unusual about the speed of the train as it entered Hoboken station, but said he was focused on the crowds of passengers at that time.

The NTSB said the damage from the crash made it difficult to get access to the data recorders, so they didn't get them until October 4. Investigators obtained an event data recorder and a video data recorder - which were both undamaged and in good condition.

Here are photos of the recorders: 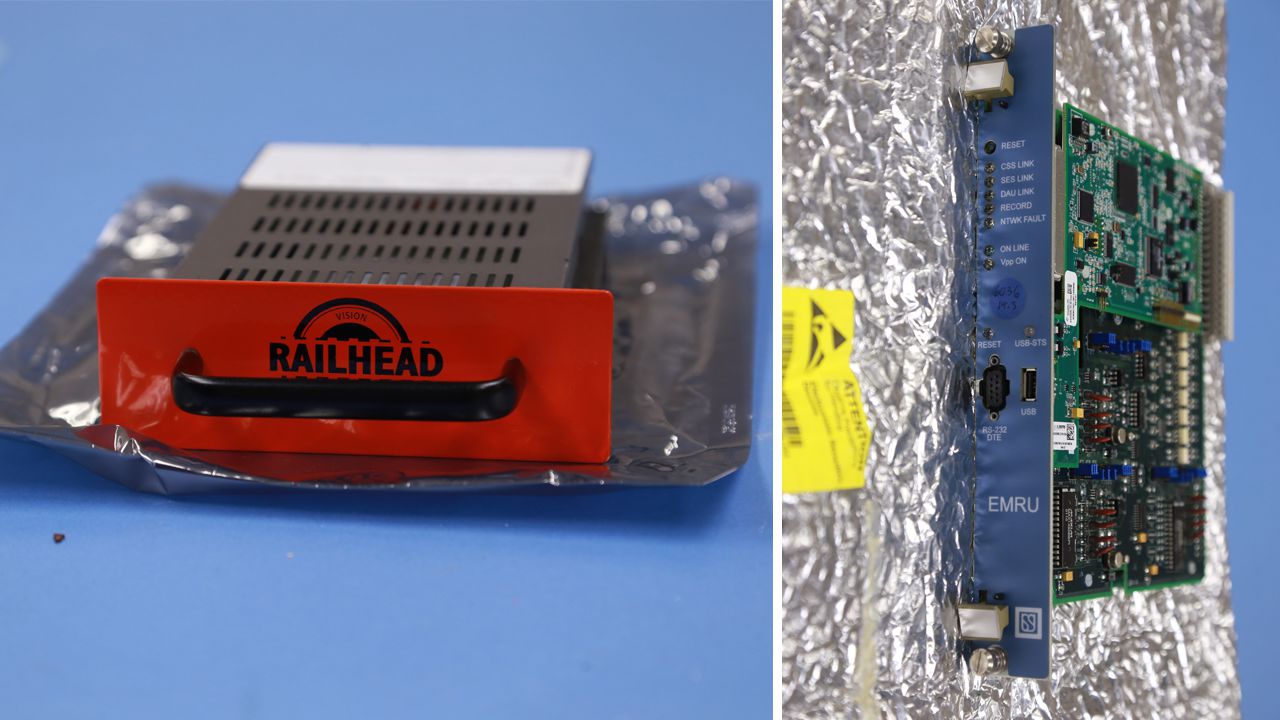 Here's what they found:
1) Both recorders captured the accident sequence, including video showing a forward-facing camera from the cab that includes audio.

2) The video shows the cab colliding with and going over the bumping post. There was a large flash visible in the video as the train collided with the panel at the end of the track.

3) About 1 minute before the collision, the camera captured sound of one blast of the train's horn while it was in the yard leading up to the terminal. Shortly after, the train's bell began sounding and continued until the end of the recording.

4) The event recorder indicated that about 38 seconds before the collision, throttle increased from idle to the #4 position while the train was traveling about 8 mph. The train speeded up and reached a maximum of about 21 mph while the break pipe pressure remained unchanged.

5) Just prior to the collision, the event recorder indicated that the throttle position went from #4 to idle. Engineer-induced emergency braking occurred less than 1 second before the collision with the bumping post.

6) The event recorder showed the train was going 21 mph at the time of the collision.

The report doesn't make any conclusions as to what caused the crash, and says it will be updated as the investigation continues.