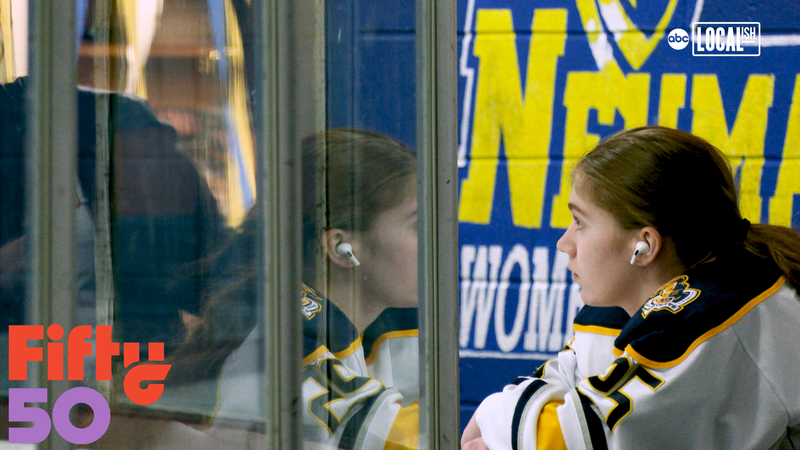 ASTON, Pa. -- ABC Owned Television Stations and ABC's Localish present 50 inspiring stories from around the country for Fifty/50, as part of The Walt Disney Company's monumental initiative highlighting the 50th anniversary of the passing of Title IX, the federal civil rights law that prohibits sex-based discrimination in any educational institution that receives federal funding, and gave women the equal opportunity to play. This story was originally published in March 2022.

As girls' and women's ice hockey is one of the fastest-growing youth sports in the country, Neumann University wanted to help recruit the next generation of athletes to the sport.

The women's ice hockey team hosted elementary school girls from Drexel Neumann Academy to their senior game, where the girls got to meet the players, sit on the bench for warmups and then watch the game at Ice Works, the ice hockey rink in their neighborhood.
USA hockey says participation has grown 34% in the past decade.