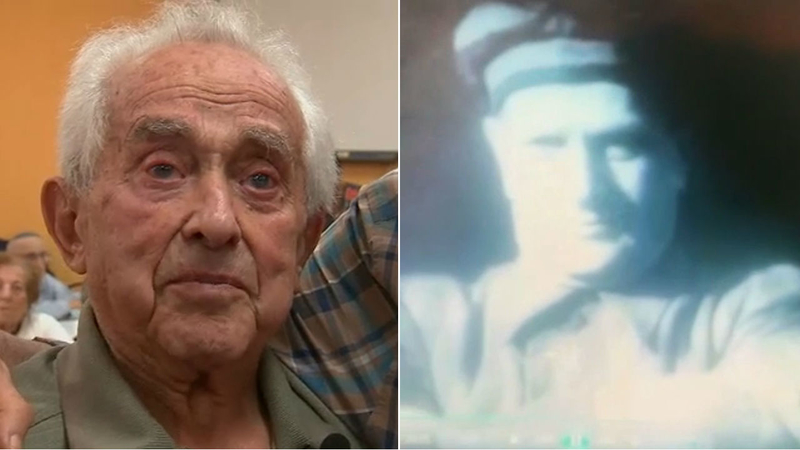 CEDARHURST, Long Island (WABC) -- It was an emotional meeting for a Holocaust survivor who had the chance to meet the relatives of the doctor who saved his life at a concentration camp multiple times.

Bernard Igielski, 91, says Dr. Bethold Epstein stepped in four times to keep him from the gas chamber at Auschwitz.

Epstein died in 1962, but on Thursday, Igielski had the chance to meet his nephew at the Gural Jewish Community Center in Cedarhurst.

Epstein was a Jewish doctor who ran the hospital where Igielski was quarantined for scarlet fever.

"Every two days they would come and clean out the hospital and take everybody to the gas chamber," Igielski said. "Every time they came, he pushed me out the back door until they left."

On three occasions Epstein sent Igielski for quarantine instead of the selection line for the gas chamber. On a fourth occasion, he told Nazi officials that Igielski could work.

Igelski said it was very hard for him to express how he was feeling during the emotional reunion.

"I'm very moved by this," Cohen said. "It's gratifying to see how wonderful he behaved. I never knew about that."