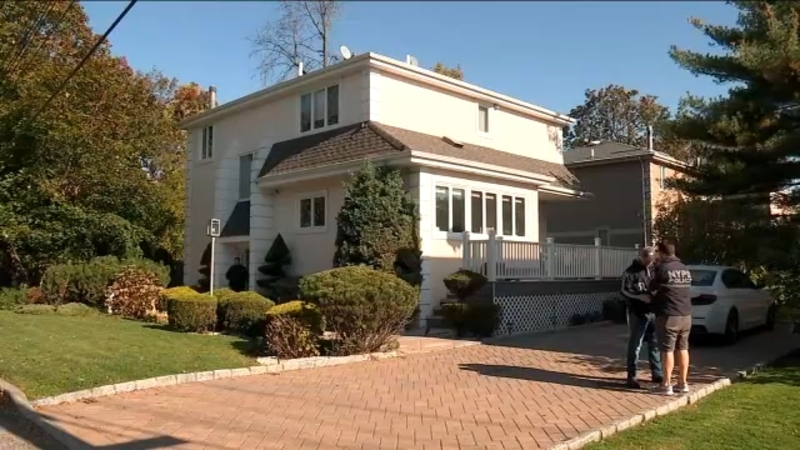 COUNTRY CLUB, Bronx (WABC) -- Two men, at least one posing as a police officer with an imitation NYPD badge, are being sought in a home invasion in the Bronx in which two residents were tied up, police said.

Authorities said the suspects were white men in their 50s and 60s, and they may also have been wearing NYPD sweat suits.

ALSO READ | Where are the most rats being spotted in New York City?
EMBED More News Videos

Neighborhoods across New York City are seeing an increase in rat and mice sightings.

A woman untied herself and went across the street to get help.

Police say neither homeowner was injured, and they are investigating if the home invasion was targeted.

A vehicle, likely the one that was stolen, was later found abandoned at Bruckner Boulevard and Baisley Avenue.

Jim Dolan has more on New York City's massive effort to get children from 5 to 11 years old vaccinated.