WABC
By Kristin Thorne
SUFFOLK COUNTY, Long Island (WABC) -- Eyewitness News has learned that morgues at six hospitals in Suffolk County are at 100 percent capacity or more, according to an internal document distributed by the Suffolk County Emergency Operations Center.

The document also states that nine of the county's 11 hospitals have secured refrigerated trucks to help with storage of the deceased.

At Good Samaritan Hospital in West Islip, the dead are being stored in two trucks outside the building.

"This is an extremely difficult and challenging period for all hospitals in New York State," the hospital said in a statement to Eyewitness News. "Our goal is to keep our patients safe while we wait for funeral directors to begin the process of formal arrangements."

Dan Moloney Jr., of Moloney Family Funeral Homes based in Lake Ronkonkoma, said the hospitals at the morgues are over capacity because the funeral homes are at capacity.

"The cemeteries are not burying in a timely fashion and the whole - forgive me for the term - the pipeline is backing up," he said.

Moloney Jr. said many cemeteries have told him they can't accommodate burials for a week or more.

"There's going to be a tipping point when there's so many deceased and then it's - now what?" he said.

Some cemeteries are limiting the number of burials performed each day in order to ensure worker safety.

At Oakwood Cemetery in Bay Shore, they're doing only three burials a day.

The Catholic cemeteries operated under the Diocese of Brooklyn are putting in changes this week in order to increase the burial rate.

John Quaglione, the deputy press secretary for the diocese, said cemeteries, like St. Charles Cemetery in Farmingdale, are now beginning burials 90 minutes earlier each day at 8 a.m. instead of 9:30 a.m.

"We have brought on more staff on a daily basis to assist with the increase in burials that we're being asked to conduct," he said.

Beginning Thursday, families will no longer be allowed to witness burials at Calverton National Cemetery. It's being done to maximize the number of burials each day. Families will be able to hold a memorial service at the gravesite at a later date.

Eyewitness News has learned that two refrigerated boxes are being brought to the medical examiner's office to help with body storage if the morgue reaches capacity.

Bellone said dealing with the dead is a grim but necessary part of the pandemic, and the county has been planning for hospital morgue capacity issues since the outbreak of the virus.

"I want the public to know this is something we have been talking about and thinking about since the beginning of this - that our team at the emergency operations center, we have put plans in place to address that issue," said Suffolk County Executive Steve Bellone Tuesday during his daily press briefing.
Report a correction or typo
Related topics:
health & fitnessnassau countysuffolk countylong islandcoronavirus suffolk countycoronaviruscoronavirus nassau countycoronavirus outbreakcoronavirus long islandcoronavirus pandemiccoronavirus new yorkhealth carecovid 19 pandemiccovid 19 outbreakcovid 19
Copyright © 2020 WABC-TV. All Rights Reserved.
CORONAVIRUS LONG ISLAND 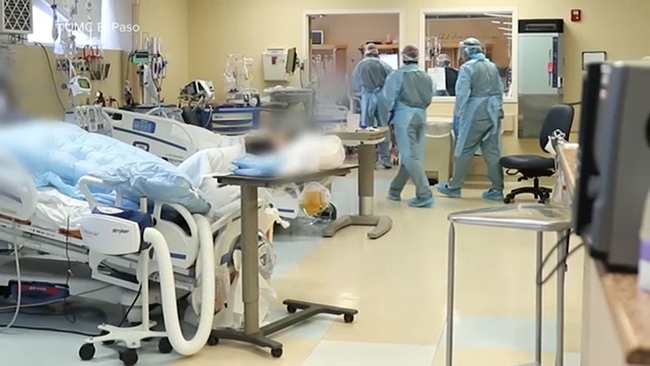