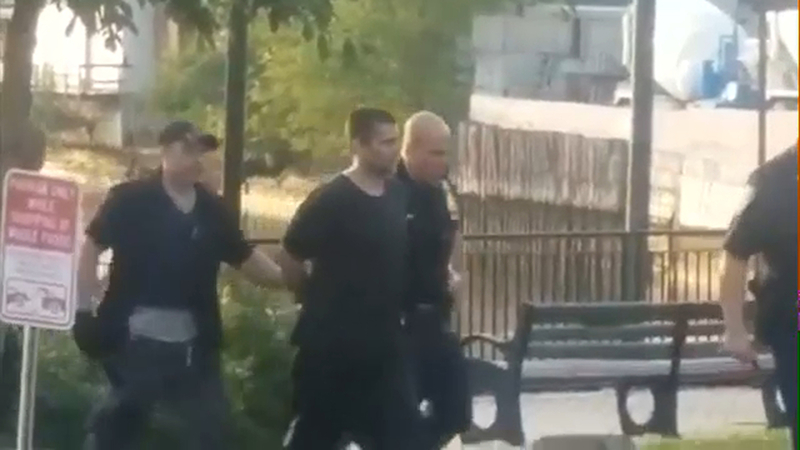 Suspect in upstate shooting arrested after robbery in Brooklyn

Joshua Stuart, who was wanted in connection with a shooting around 1 a.m. Friday at Ellenville Regional Hospital in the Catskill Mountains about 75 miles southwest of Albany, is believed responsible for an armed robbery at approximately 9 a.m. in Sunset Park.

Authorities say the 42-year-old suspect was arrested at Third Street and Third Avenue in Gowanus around 5:30 p.m. when police spotted him in the 2005 Honda Pilot they had been searching for.

Witnesses say Stuart attempted to jump into the Gowanus Canal to escape from police, but he was caught and taken into custody.

No one was injured in either incident, but Stuart was considered to be armed and extremely dangerous before he was captured.

Tips flooded in Monday and police locked down Coney Island Hospital after someone reported Stuart was there, but it turned out he was not.

As a patient in the hospital last week, he allegedly opened fire and fled. He later turned the gun on state environmental officers trying to catch him, authorities said.

State police say Stuart had gone to the hospital looking for pain medication after complaining of abdominal pain.

Prosecutors say Stuart fired his gun after a hospital employee declined to give him the meds. They say he then shot up a Demerol dispenser before leaving.

At a court appearance on Tuesday, Stuart's defense attorney said he was a longtime heroin addict.