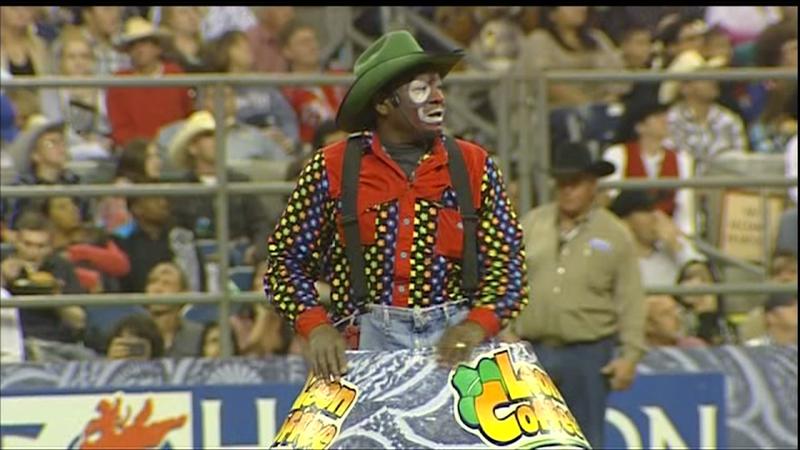 HOUSTON, Texas -- Rodeo legend Leon Coffee knows how to entertain a crowd. For more than 40 years, the bullfighting clown been painting his face and getting big laughs at rodeos across the country. But despite the makeup and the silly costume, being a rodeo clown is no funny business. Its actually one of the most dangerous jobs in the world!

"I don't fear those bulls. I have a healthy respect for their ability to hurt me," said Coffee. "But I also have a very healthy respect for my ability to get around them. You're looking at that bull and you're going, okay, its a big game of tag, lets see whos going to get there first. You know, those bulls run 40 miles an hour and the fastest man in the world can only run 30. And I ain't him!"

Coffee has been a rodeo clown since the early 1970s. He first began riding bulls as a child, then started bullfighting in high school and began performing in major rodeos across the country. He estimates he performs in 35 to 40 rodeos a year.

"It became an obsession," he said. "And I'm an adrenaline junkie. I love to live on the edge and this is as close to the edge as you can get. You don't know what the bulls going to do, how they're going to do it, but you know what you need to do. You have to realize that you're out there for the protection of the bull rider."

After dozens of injuries and even some near-death experiences over the years, Coffee serves as a barrel man at rodeos. He is also a ProRodeo Hall of Fame Inductee and was named the PRCA Clown of the Year in 1983, among many other accolades.