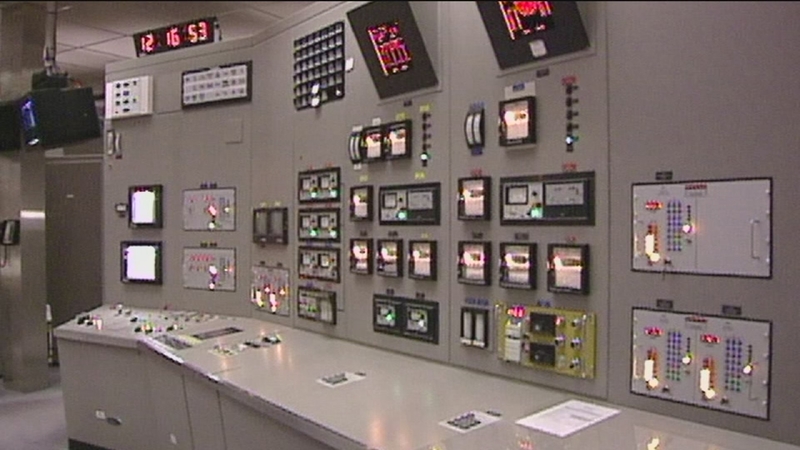 BUCHANAN, N.Y. (WABC) -- An Eyewitness News investigation has discovered that for some reason Indian Point got a special fire safety exemption at its power plant.

This issue is being raised after a fire at the plant on Saturday.

A transformer caught fire at the non-nuclear part of Indian Point.

As a result, thousands of gallons of oil spilled into the Hudson River.

The Unit 3 Reactor is now shutdown for weeks.

Now, there are new safety questions about the electrical cables used to shut down a reactor in case of a fire.

Those cables are key to a safe shutdown of the nuclear reactor in the event of an emergency.

But several years ago, Indian Point requested and received an exemption that cut by more than half the amount of protection required for those cables in the event of a major fire.

A plume of black smoke above Indian Point reactors struck fear into many. For a while, no one knew if this were a nuclear nightmare unfolding. Fortunately, it turned out to be a transformer fire, stubborn but contained. But Monday, the governor raised the question many had been asking themselves.

"So, if the transformer fire had spread, my question is what could we have done? They had trouble putting out the fire. A fire spreading at nuclear plant you have a very real problem," New York Governor Andrew Cuomo said.

It's a problem the Nuclear Regulatory Commission had in mind when drawing up its rules for fire protection. Among the requirements: that all nuclear plants provide protection to its critical systems "so that a fire that is not promptly extinguished...will not prevent the safe shutdown of the plant." To that end, the NRC requires enclosure of cable used in the shutdown of a reactor to be insulated in a fire barrier having one-hour fire protection rating.

"There's no question that Indian Point fails to meet the NRC's own fire safety standards, the way the NRC deals with that is it issues 'exemptions' to its own standards," said Richard Brodsky, an attorney.

Former Assemblyman Richard Brodsky has been fighting the NRC in federal court for exempting Entergy, owners of Indian Point, from the one-hour fire protection rule. Instead, the NRC says the facility needs only provide just 24 minutes of fire protection to its critical reactor shut-down cables.

"Is Indian Point safe against fires and consequences of fires within the plant? Because the NRC has riddled its own regulations with exemptions and done so in secret we don't know now," Brodsky said.

The agency says Indian Point had to pass a comprehensive safety evaluation before being granted the fire-protection exemption, an exemption granted to other plants as well.

Entergy says the plant was shut down without incident on Saturday and that the fire had no impact on reactor systems.

The owners did say this was the third transformer fire in 10 years.