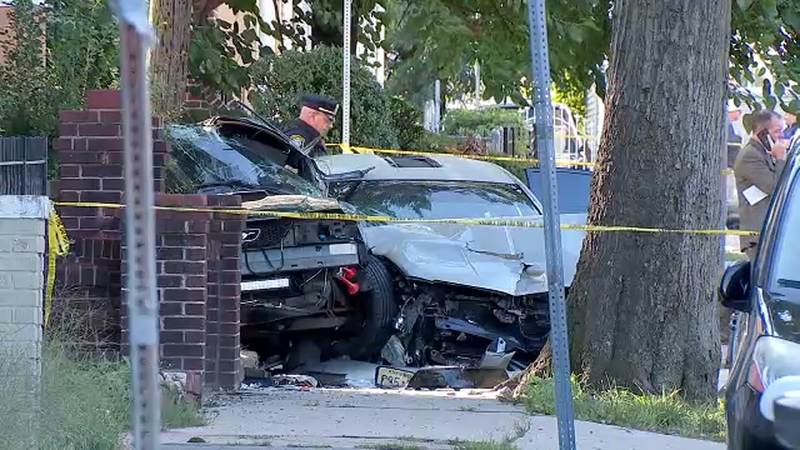 The chase crossed county lines and ended in Newark, where the Nissan slammed into a Mustang, sending it crashing into a utility pole, at the intersection of Bragaw Avenue and Aldine Street around 3:00 a.m.

The innocent victim, who was trapped in his car, was pronounced dead at the scene.

Two of the men in the pursued car were hospitalized with non life-threatening injuries, and a third was taken into police custody. Police have not released their identities nor the victim's.

New Jersey's police union tweeted that a veteran correctional police officer was the one who died in the crash.

We have lost a veteran Correctional Police Officer early this morning. The officer was killed by robbery suspects fleeing police. Please pray for his family, friends, and members of @PBALOCAL105. - President Colligan.

Police have not announced charges at this time.

Stanley Okeke, who was near the scene of the crash, said he saw someone being taken into police custody.

"The ambulance and the fire service everybody, the police department. They were all here and it was really crazy out here," he said.

The shooting response task force of the attorney general's office is investigating.