Man killed in front of family during robbery in New Jersey 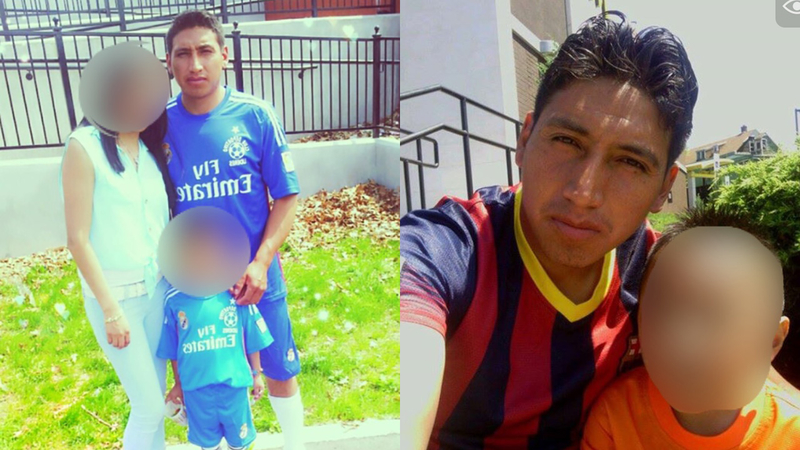 Man killed in front of family during driveway robbery

IRVINGTON, New Jersey (WABC) -- Police in New Jersey are investigating the murder of an Ecuadorian immigrant who was killed during an apparent robbery.

Authorities say 29-year-old Marco Angamarca-Yupa was fatally shot in his driveway on Grove Street in Irvington around 11 p.m. Monday.

He was shot as he returned home with his family. He was reportedly parking his car in the driveway when he was approached by a gunman asking for money.

His wife reportedly told the suspect she did not have anything, and soon after, two shots were fired.

Angamarca-Yupa was shot once in the head and died at the scene. His wife was seen kneeling in front of her husband as he was bleeding on the ground.

The landlord of the two-family home became emotional when talking about the victim's son, who is now without a father.

"I can't imagine how they can feel about it now, when they lost his father," Pedro Quezada said. "The little child, he saw everything that happened."

There are numerous surveillance cameras in the area, and police are hoping the video will provide clues about the gunman.

"What I can tell you, has, in two words, he was a good man," Quezada said.