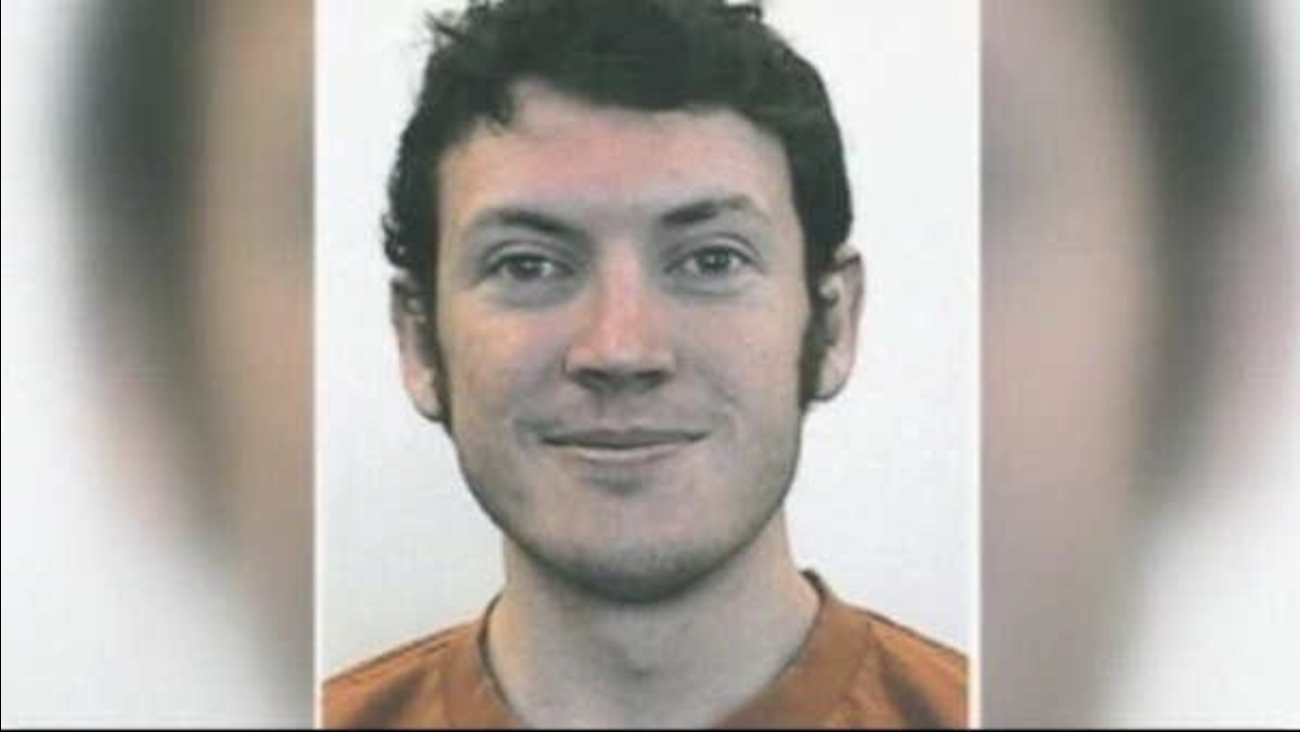 DENVER -- Colorado theater shooter James Holmes will be sentenced to life in prison without parole after a jury failed to agree Friday on whether he should get the death penalty for his murderous attack on a packed movie premiere.

The nine women and three men said they could not reach a unanimous verdict on each of the 24 murder counts. That automatically eliminates the death penalty for failed neuroscientist, who blamed his calculated murders of 12 people on mental illness.

Prosecutors argued Holmes deserved to die because he methodically planned the 2012 assault at a midnight screening of a Batman movie, even blasting techno music through ear phones so he wouldn't hear his victims scream.

The same jury had rejected his insanity defense, finding Holmes capable of understanding right from wrong when he murdered 12 people and tried to kill 70 others.

But the defense countered that his schizophrenia led to a psychotic break, and that powerful delusions drove him to carry out one of the nation's deadliest mass shootings.

There was never any question during the grueling, four-month trial as to whether Holmes was the killer. Holmes meekly surrendered outside the theater, where police found him clad head-to-toe in combat gear.

The trial hinged instead on the question of whether a mentally ill person should be held legally and morally culpable for an act of unspeakable violence.

It took jurors only about 12 hours of deliberations to decide the first part - they rejected his insanity defense and found him guilty of 165 felony counts.

The defense then conceded his guilt, but insisted during the sentencing phase that his crimes were caused by the psychotic breakdown of a mentally ill young man, reducing his moral culpability and making a life sentence appropriate.

The jury's final decision came after days of tearful testimony from relatives of the slain.

The case could have ended the same way more than two years ago, when Holmes offered to plead guilty if he could avoid the death penalty. Prosecutors rejected the offer. But the victims and the public might not have ever learned in detail what was behind the shootings had the plea deal been accepted.

The trial - featuring a journal where Holmes had secretly described his murderous plans - provided a rare look inside the mind of a mass shooter. Most are killed by police, kill themselves or plead guilty. By pleading insanity, he dropped his privacy rights and agreed to be examined by court-ordered psychiatrists. Holmes told one that he had been secretly obsessed with thoughts of killing since he was 10.

His parents testified that he seemed a normal, affectionate child who withdrew socially in adolescence and became fascinated with science but did not seem abnormal. Holmes studied neuroscience hoping to understand what was happening to his mind. But it was when he moved from San Diego to Colorado to attend graduate school that his meltdown accelerated.

Holmes flunked out of his prestigious doctoral program at the University of Colorado and broke up with a fellow graduate student, the only girlfriend he'd ever had. He began to buy guns and thousands of rounds of ammunition and scouted out The Century 16 theater complex to learn which auditorium would offer the highest number of victims.

Holmes also constructed an elaborate booby-trap in his apartment a few miles away. It failed to explode, but it was designed to blow up and divert police and firefighters at the precise moment of his calculated attack.

He kept his mounting homicidal thoughts from a university psychiatrist he was seeing. Instead, he described his plans in a notebook that he kept secret until hours before the attack, when he mailed it to the psychiatrist. In it, Holmes diagnosed himself with a litany of mental problems and methodically laid out his plans, even calculating police response times.

Four mental health experts testified that the shooting wouldn't have happened if Holmes weren't severely mentally ill. He was having increasingly palpable delusions that killing others would increase his own self-worth, forensic psychiatrist Jeffrey Metzner said.

Shortly after midnight on July 20, 2012, he slipped into the premiere of "The Dark Knight Rises," stood before the capacity crowd of more than 400 people, threw gas canisters, and then opened fire with a shotgun, assault rifle and semi-automatic pistol.