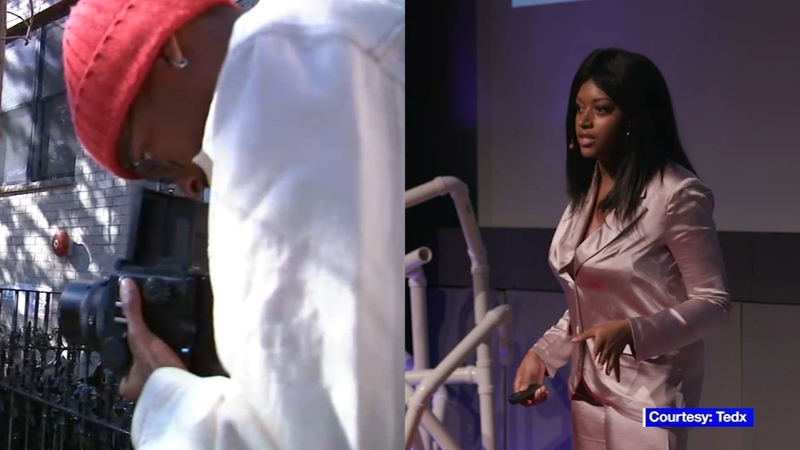 NEW YORK (WABC) -- Two young African Americans working in the field of the arts, science and technology are continuing to blaze trails, following in the footsteps of innovators who preceded them.

Jasmine Roberts and Myles Loftin just made the prestigious Forbes 30 Under 30 list, making waves and getting noticed.

Loftin is a photographer with an unmistakable sense of intimacy in his work.

Based in Brooklyn, the Parsons graduate who recently shot ads for Nike and Prada says common themes in his work include Blackness and identity.

He shot the series "In the Life" as he was exploring his own sexuality and wanted to capture the sense of community among gay Blacks.

"Oftentimes, marginalized people aren't in charge of how they're being seen in the world," he said. "I'm trying to change that and take the power back."

Kemberly Richardson reports on the man who is regards as of the most prolific inventors of his time.

In another series, Loftin demonstrated how images shape societal views. He found pictures online of men of color in hoodies that didn't reflect his reality.

By using vibrant color, he flipped the script and changed the narrative.

"Trying to go for something more positive as opposed to put a stamp of criminal," he said.

Roberts, meanwhile, is an engineer and one of only a handful of Black women at her elite level.

"There's kind of this heavy feeling of your colleagues, seeing you as a diversity hire, and that's all they want you to be," she said.

Star Trek sparked her love of science and technology, and her scope is evolving -- Columbia, Harvard, MIT, NYU, NASA, and Sony PlayStation.

"We filed a patent about how people can feel comfortable in VR," she said.

As for augmented reality, Roberts is currently developing a game featuring New York City landmarks like the Guggenheim.

These rising stars no doubt come from different worlds but hope they can inspire others to take the road less traveled.

Existing in this space and doing the work that I do gives others the courage to do the work," Roberts said.