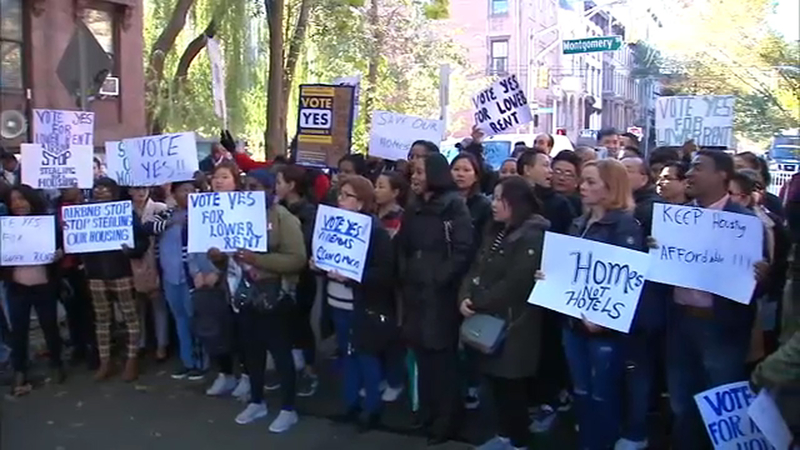 The measure could undo a Jersey City Council ordinance slamming the door on companies like Airbnb.

The rally was held in front of a brownstone that residents say is being used as a hotel by a developer who lives in New York City and rents the property out on the popular site.

They say it's not welcome.

Dozens of demonstrators showed up to support affordable housing and called for more regulations dealing with rent-controlled properties.

They say the more people using Airbnb, the fewer people actually living in Jersey City who can afford to stay there.

"And instead of having apartments that are affordable, apartments that they can stay in, those apartments have been snatched up and taken by investors and turned into a full-time hotel in the middle of this neighborhood," City Councilman James Solomon said.

According to another speaker, there were roughly 300 short-term lease units in the city in 2015, but that number has grown to nearly 3,000.

Protesters say those locations cut into the housing supply and drive prices up across the city.

Voters head to the polls soon to decide whether they want more regulations on such properties.

But those against the increased regulations say the proposal is backed by the hotel industry and will have a negative impact on residents who earn extra money by renting rooms to visitors.

"What's going on is an outright ban, out and out ban, on renters," said Graeme Zielimski, with the group Keep Our Homes. "70% of Jersey City is using this tool as a way to make ends meet and deal with the high cost of living here."

Residents will vote on the measure on November 5.