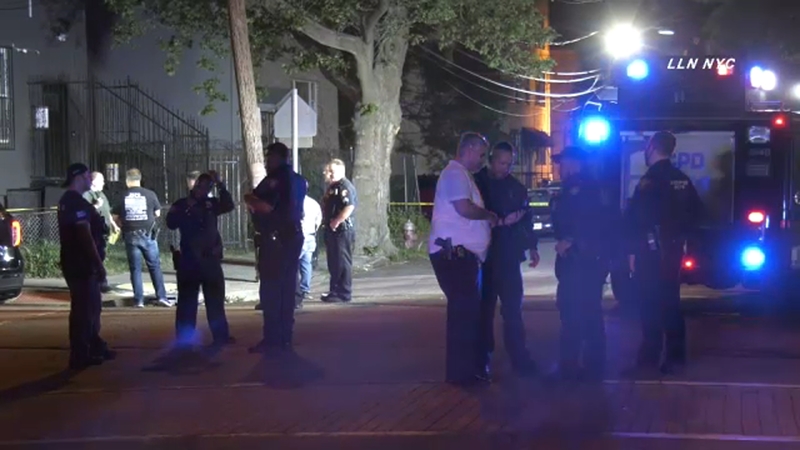 The incident happened shortly before 11 p.m. in the area of Crescent Avenue and Brinkerhoff Street.

When police arrived at the scene, they found a total of six victims with gunshot wounds.

One of the victims, identified as 25-year-old Randolph Black Jr., sustained a gunshot wound to the torso and was transported to Emergency Medical Services to Jersey City Medical Center where he was pronounced dead

Officers also found a second unresponsive male with multiple gunshot wounds to his torso and extremities.

Jason Crutcher, 26, was treated at the scene before being transported by EMS to JCMC. He was later pronounced dead.

The fifth victim suffered a gunshot wound to an upper extremity.

A female victim was also found inside a business located on Monticello Avenue where she was being treated for multiple gunshot wounds.

All of the injured victims were also transported by EMS to JCMC where they were treated for their injuries. They are in stable condition.

Police say the suspected gunman fled in a gray SUV.


The Prosecutor's Office Homicide Unit is actively investigating this case with assistance from the Jersey City Police Department. No arrests have been made at this time.

Derick Waller reports on the opening of Little Island Park!