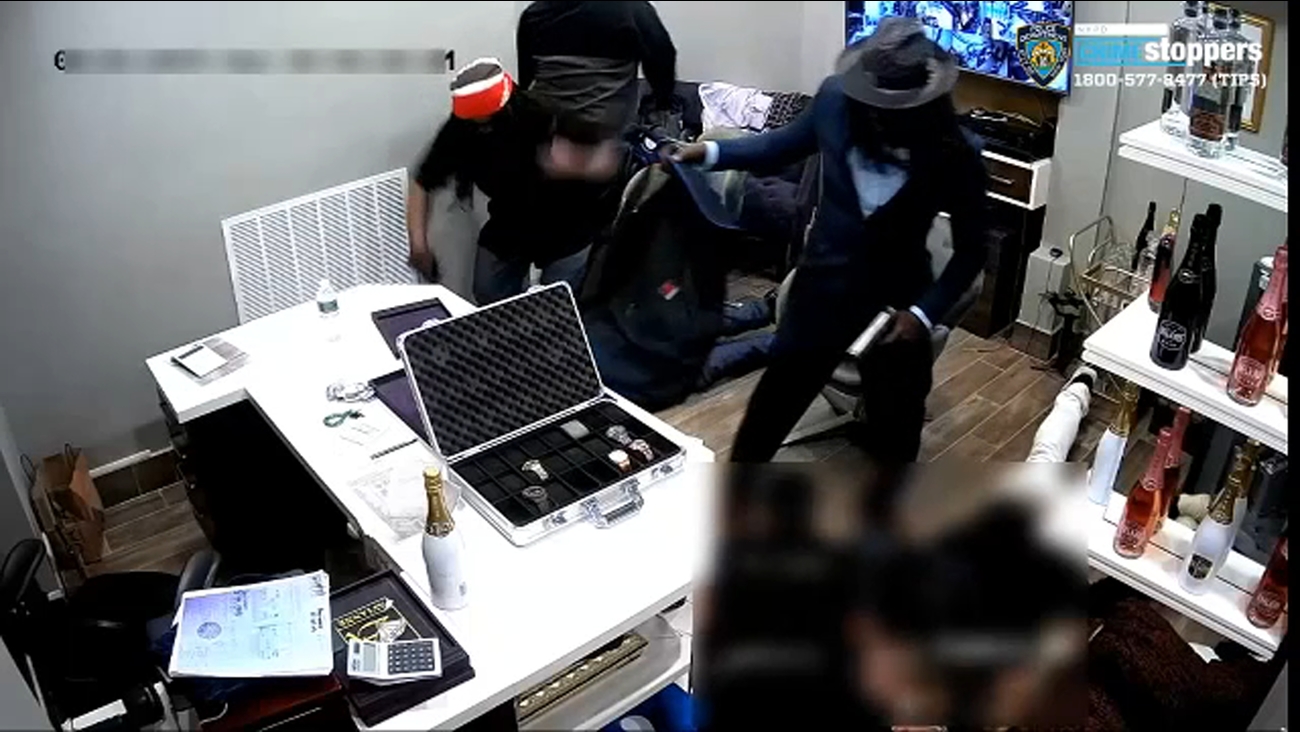 MIDTOWN, Manhattan (WABC) -- One of three suspects involved in a brazen robbery at a New York City jewelry store that has several celebrities clients was arrested in Florida.

Davila was allegedly one of three men involved in the million-dollar heist on August 24 at Avianne and Company on 47th Street in Manhattan's Diamond District.

Video from the crime shows the thieves posing as customers before one man pulled out a weapon. They then used zip ties and duct tape to tie up four employees in a back room and ran off with millions of dollars in jewelry from safes and display case.

A second suspect, 39-year-old Jaysean Sutton, and a third unidentified co-conspirator are still being sought.

Both Davila and Sutton have been indicted on charges of robbery, conspiracy, and brandishing of a firearm.

Sutton, also known as "Black Rob" and "Jazz," has six prior arrests, mostly for drug and weapons possession.

Davila has five prior arrests, including grand larceny of $4,800 stolen from a worksite in Chinatown.