First dogs Major and Champ arrive at the White House 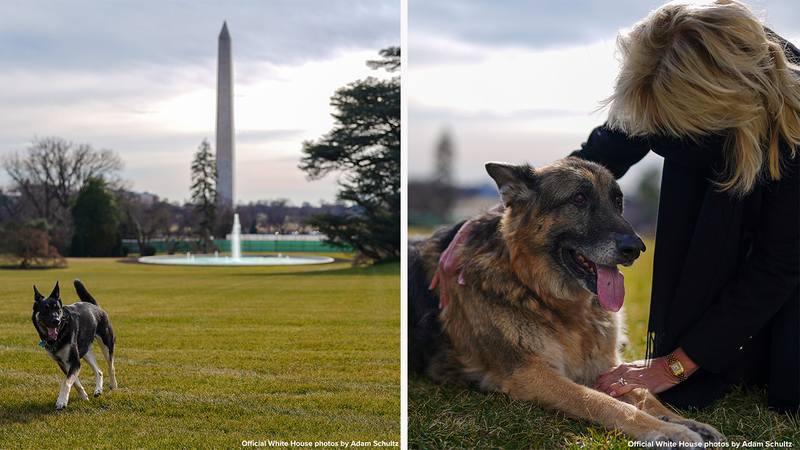 First dogs Major and Champ arrive at the White House

WASHINGTON -- The first dogs have arrived at the White House, including the first-ever rescue dog to call 1600 Pennsylvania Avenue home.

According to First Lady Dr. Jill Biden's office, the family wanted to get settled before moving Champ and Major from Delaware to Washington.

So how are the pups settling in? Dr. Biden's office says Champ is enjoying his new dog bed by the fireplace, and Major is loving running around the south lawn.

The Biden family wanted to get settled in the White House before moving Champ and Major from Delaware to Washington, per First Lady Jill Biden’s office. pic.twitter.com/lAhZrD7Dbx

Champ and Major are both German Shepherds, but Major has another title that makes him special. He's the first rescue dog to live in the White House!

The family has had Champ since 2008, so he's familiar with life in D.C. But it is Major's first time in town.

The First Family has had a dog for more than a century, until Donald Trump took office.

The Bidens fostered Major for several months in 2018 before formally adopting him from the Delaware Humane Association.

The association's Director of Animal Care Kerry Bruni said the president reached out to see if he could help when they posted on social media that they had received a litter of sick German Shepherd puppies.

Needless to say, Major is in great health now and ready to enjoy his new home.

President-elect Joe Biden's German Shepard Major is holding an "indoguration" before moving to the White House.