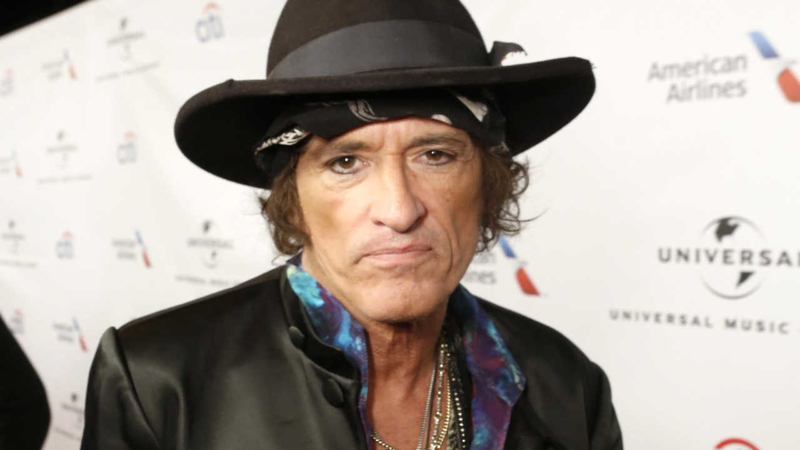 CONEY ISLAND, Brooklyn (WABC) -- A representative says Aerosmith guitarist Joe Perry is resting and "doing well" after he left a New York City stage and was taken to a hospital during a show Sunday.


Perry became ill around 9:30 p.m. while performing with Johnny Depp and Alice Cooper in his side band, Hollywood Vampires, at Ford Amphitheater in Brooklyn's Coney Island.

The 65-year-old Perry underwent tests at Coney Island Hospital and has been moved to Columbia Presbyterian Hospital. Murthy said he is "stable and resting." Cooper also tweeted "our brother" Perry is stable and with family.

A video posted by a fan on social media shows Perry sitting down on stage and then walking off in the middle of a song. The band continued playing after Perry left the stage.

He exited within a half minute of taking the stage, according to one eyewitness.

"As soon as he came out, he looked very sluggish," that witness said. "And within 30 seconds of the first song, he sat by the drum set, then walked off and collapsed. And the firemen came rushing in immediately. We saw them from behind in the drummer, and that was it."

During the night, Perry's staff tweeted that he is stable:

Thanks to all of the fans reaching out and asking about Joe. He is stable right now, with family and is under the best care.

One of the people in the audience who rushed to help Perry was an EMT, who reportedly gave him CPR after he collapsed.
Perry is most famous as the guitarist of Aerosmith, the band he co-founded back in 1970. Cooper took time out to tell the crowd what happened, saying Perry had been "very sick before the show," according to an account on Facebook.

"They rocked it anyway," one fan said. "Just like Alice Cooper says. We're going to go on, and we're professionals, and that's what they did."

Halfway through the show, the band members changed "Feel better Joe" in unison. Reaction poured in on social media, with fans voicing their hopes for a quick recovery for Perry.

The band's name refers to a 1970s drinking club Cooper was part of that also included John Lennon, The Who's Keith Moon, Harry Nilsson, Bernie Taupin and Micky Dolenz of the Monkees.

In February, the Hollywood Vampires performed a tribute to the late Motorhead frontman Lemmy Kilmister at the Grammys.