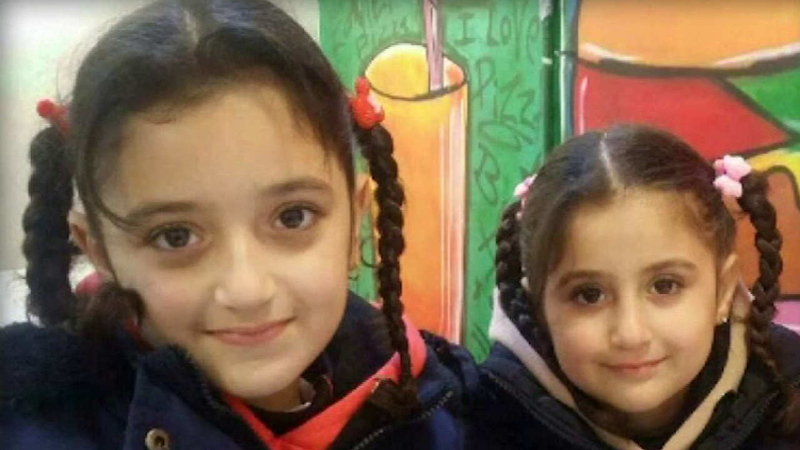 MILFORD, Connecticut (WABC) -- Two young girls from Syria were on their way to be reunited with their father in Connecticut when they got caught in the middle of President Donald Trump's executive order on immigration.

Now, some lawmakers are working to help them.

The past few days have been tough for Sam Karout's brother in law.

Karout's nieces, ages 5 and 8, and their mother are from Syria and were supposed to be in Connecticut by now. But instead, their family reunion is up in air.

"They had their visas issued by the American embassy in Amman, Jordan," Karout said. "They took the flight from Amman to Kiev."

But once in Ukraine, Karout said their passports were confiscated and they were not allowed to fly into Kennedy Airport in New York.

Instead, they had to return to Jordan, where they had been living since fleeing Syria.

Karout, who's lived in America for 30 years and runs a Middle Eastern deli in Milford, said he's worried about the little girls, who were just a few hours from seeing their father for the first time in more than two years.

On the floor of the U.S. Senate, Sen. Chris Murphy (D-Conn.) highlighted Karout's nieces and their dilemma.

As for what's next, Karout is hopeful.