Gov. Cuomo gets reporter out of jail in Albany after cell phone incident 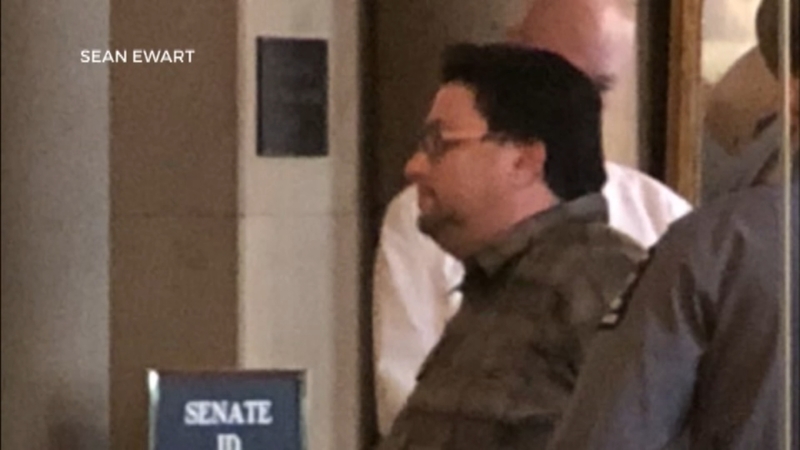 ALBANY, New York (WABC) -- A New York Daily News reporter is a free man after being bailed out of jail by Governor Andrew Cuomo.

The whole thing started when reporter Ken Lovett was stopped by security for talking on his cell phone in the Senate lobby at the State Capitol.

He said while cell phones are prohibited, that's usually only when the senate is in session.

But the security guard wouldn't let up, and Lovett was arrested.

He was detained for half an hour until Governor Cuomo showed up.

"I offered my services on a pro bono basis, and it does my heart good to be able to say that I freed Ken Lovett," Cuomo said.

Lovett said he still doesn't understand why he was taken into custody, but says the incident will make a good bar story.

His arrest is impacting lawmakers who are now calling for changes to the senate's cell phone rule.