Kilauea volcano beams through the clouds in mesmerizing time lapse 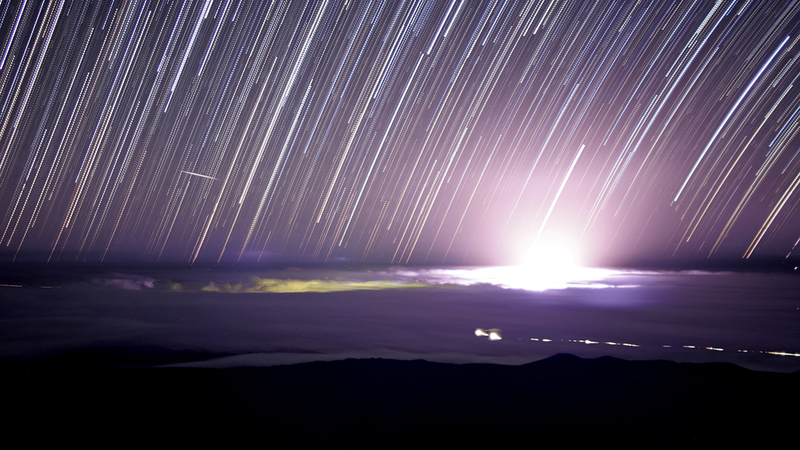 Kilauea beams through the clouds in mesmerizing time lapse

HILO, Hawaii -- As threatening as it may be to those on the ground, the Kilauea volcano and its fissures looked downright celestial as they glowed into the night sky earlier this week.

The nearby Gemini Observatory in Hilo, Hawaii, captured a time-lapse glimpse at Kilauea from Monday night into Tuesday morning as the light from the volcano and its nearly two-dozen fissures beamed through the clouds. Stars can also be seen dancing across the night sky above the radiant volcano.

The observatory said in a release that the volcano's fissures were actively expelling lava during the period in which the time-lapse footage was shot. While one might expect the volcano and lava to produce a red glow, the camera used to shoot the video had its infrared filter removed, causing the glow to appear more white and blue than red.

At various points in the footage, a second, greener glow from Hilo's downtown area is visible next to Kilauea.

Despite its heavenly glow, Kilauea continues to pose a threat to those in its vicinity. Since the volcano began erupting in early May, it's destroyed dozens of homes and other structures and send thousands of evacuees packing.

Lava flowing from the volcano recently reached the ocean, causing a dangerous lava-haze phenomena known as 'laze' that sends acid- and glass-laced steam shooting into the air, creating yet another hazard for those downwind of the lava's ocean entry point.