Kitten rescued from inside wheel well of car in California 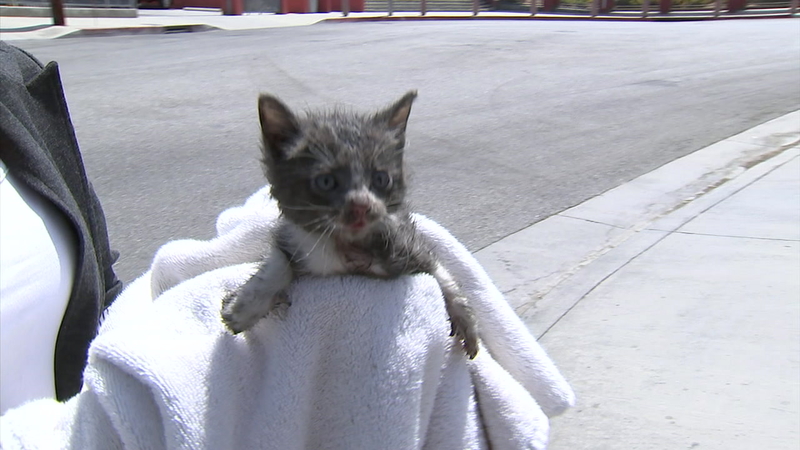 Kitten rescued from inside wheel well of car in East LA

LOS ANGELES, California -- A small, scared kitten was rescued after it was stuck deep inside a panel over on the passenger's side wheel well in East Los Angeles.

Cindy Juarez was driving to work when she realized she wasn't alone.

"I was turning on the street, and I heard a meow," she said. "I thought, 'Oh my god, please don't tell me there's a cat under my car."

But the kitten wasn't under the car, in was inside it -- deep in the wheel well. She and her coworker snapped photos of its fur through a small hole and dripped water to it through a straw. A faint meow could be heard, assuring them that the cat was still alive.

But extracting the cute feline was no easy task.

They tried the Mercedes-Benz dealership, but even though the car is under warranty - cat retrieval isn't.

"The dealers said there's not much they can do," Gonzalez said. "They were willing to dismantle the car to get the cat out, but at a high fee."

That's when one man stepped up to help. Family friend Carlos Escobar rolled up with a jack and handful of tools.

He then went into the wheel well and under the Benz to rescue the kitty. For more than hour, in the heat, all he pulled out were nuts and bolts. And then finally - the kitten.

The tiny gray cat was pulled from the Mercedes and quickly wrapped in a towel.

She chose to name the kitten Milagros, which is Spanish for "miracle."

Plenty of trouble was left behind, though, because even with Milagros safe and sound, Escobar still had to put parts of the vehicle back together.