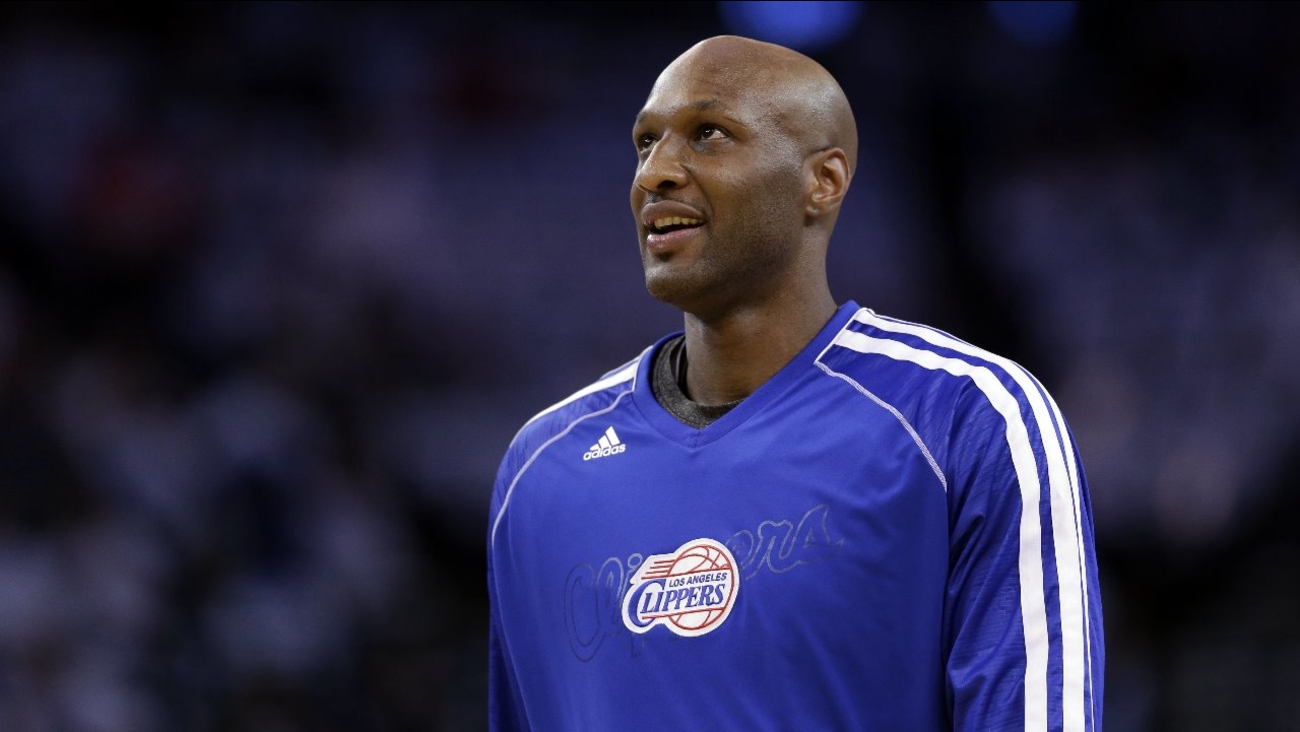 Loved ones say the former athlete has come out of his come and is communicating.

He was even able to speak and give a thumbs up.

A representative for his family says he also said hello to his estranged wife and fellow reality TV celebrity, Khloe Kardashian.

It's the first significant update on Odom's health since he was found unconscious and facedown at the Love Ranch in Crystal, Nevada, on Tuesday afternoon.

His former coach Jim Harrick in Los Angeles, who said Odom sounded upbeat on a call just a few weeks ago, said Kardashian told him that Odom is now off dialysis, and that he showed a response when she reached down to say "Lamar, I love you."

"Khloe has promised me she's going to stay by his bedside until she and him can walk out of the hospital together," Harrick said.

The brothel's owner and spokesman have said that he chose two women to accompany him in a VIP suite on his first visit to the ranch. Odom had said that he had done cocaine before his arrival, and the brothel said they saw him drink alcohol and take as many as 10 supplements sold as "herbal Viagra." One brand that he took, Reload, was the subject of a 2013 warning from the Food and Drug Administration, which said the pill contained sildenafil, the active ingredient in prescription Viagra.

Kardashian rushed to his side that night and since then, friends, teammates and loved ones, including his two children, have visited and posted messages on social media asking for prayers. On Wednesday at the hospital, the Rev. Jesse Jackson said Odom was on life support.

Kardashian also thanked fans for their kindness and understanding. The message was addressed to fans as a note from Kardashian on her blog-like app. Announcing a posting black-out is a rarity for the family, who meticulously document their lives on various social media channels and on the "Keeping Up with the Kardashians" television show.