Farming For Mudbugs: How one family brings crawfish from the farm to your plate 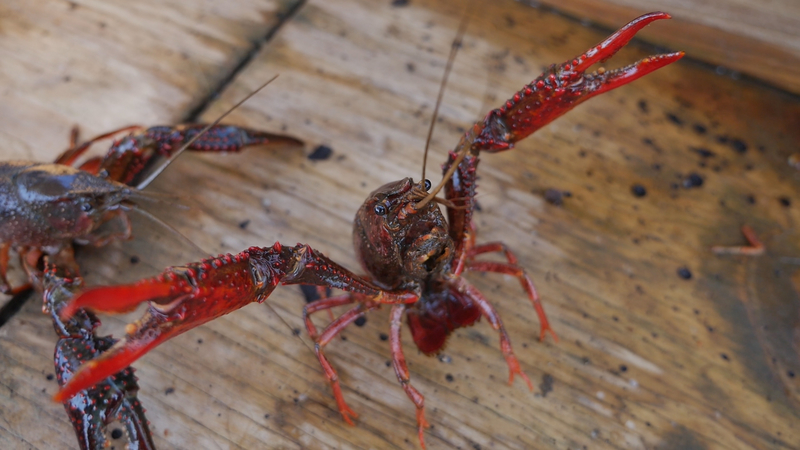 HAMSHIRE, TX -- Crawfish, mudbugs, crawdaddys; no matter what you call them, they're downright delicious. Whether you're ordering them by the pound at a local restaurant, or pulling them from the cooler at a friend's crawfish boil, those sweet spicy tails are a fan favorite this time of year.

Even though many call them "crawfish" - they don't come from the sea. They're a freshwater crustacean according to Alan Gaulding, co-owner of the Southeast Texas Crawfish Farm. His family has owned the farm for 70 years, which also harvests rice across hundreds of acres on their Hamshire, TX property, located between Beaumont and Houston.

By using shallow water paddle boats, they're able to trap and collect live crawfish from the flooded rice fields. The season really begins to ramp up in March because the mudbug's size becomes more desirable to consumers. Early in the season they're able to collect a few hundred pounds a day, but as temperatures warm up, there will be times where they can collect near one thousand pounds daily.

Once they're collected from the fields, the crawfish are soaked in a freshwater bath for a couple hours for purging and cleaning, then sorted and bagged. The whole process begins early in the morning and wraps up a little before noon.

Along with his father John, Alan and his crew are extremely busy this time of year. Their daily operation caters to customers that stop by to collect crawfish sacks, 2 to 4 at a time, depending on the number of mouths they're feeding. With each bag weighing a little over 30 pounds, long time loyal customers like Jef Boudreaux have been making a trip to the farm for years.