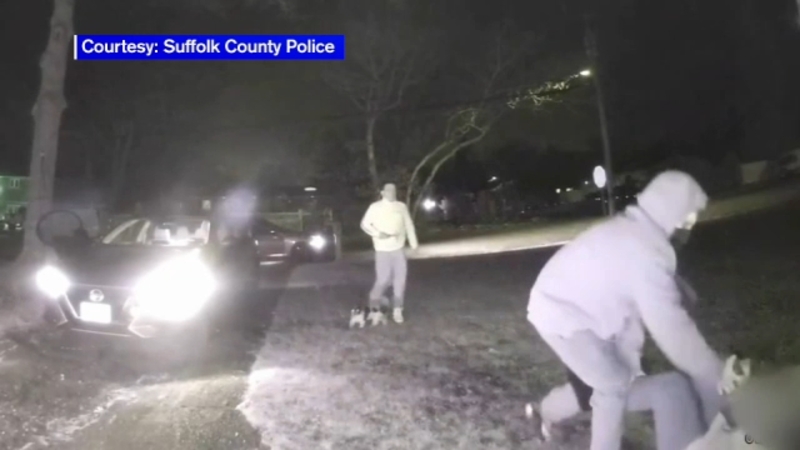 MASTIC, Long Island (WABC) -- A brutal carjacking was caught on surveillance video outside a home on Long Island Saturday.

Two men attacked a 66-year-old woman in her driveway on Burney Boulevard in Mastic around 5:40 p.m.

One of the men struck the victim on the head with a metal object before the suspects stole her car keys.

A small aircraft crashed on Long Island on Sunday afternoon after the pilot reported engine problems, the FAA said.

The victim struggled to get to her feet and rescue her dog as the men stole her Nissan Sentra.

She was taken to Peconic Bay Medical Center in Riverhead with non-life-threatening injuries.

The woman is expected to recover.

The two suspects were described as in there 20 or 30s.

A third man was also involved in the robbery and was driving a red Infiniti sedan with a yellow license plate.

So far there are no arrests in the incident.