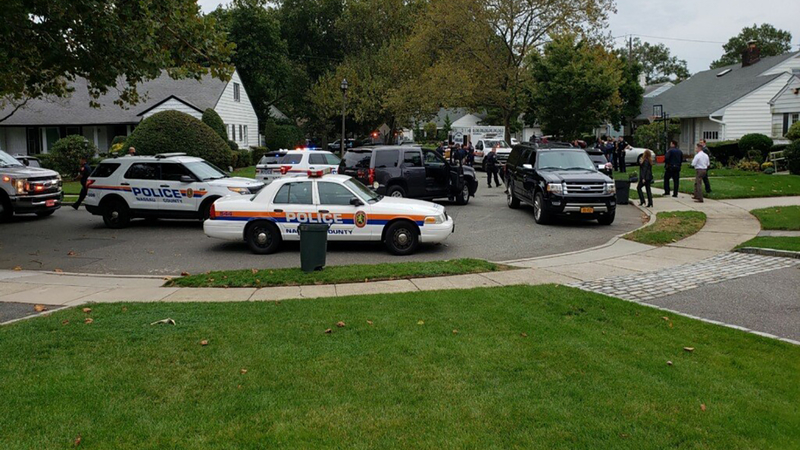 Three suspects are in custody, one of them with a bullet wound apparently at the hands of a responding police officer, according to law enforcement sources familiar with the investigation.

The pursuit began shortly after 2 p.m. in the Village of Hempstead, after the suspects were allegedly involved in a motor vehicle accident.

When they fled the scene, officers from the Hempstead Police Department began a pursuit. The chase continued westbound on the Southern State Parkway, where the suspects, fleeing in a white BMW, exited the parkway and attempted to drive east on the parkway service road.

At the intersection with Franklin Avenue, authorities say their BMW sideswiped four cars before the two passengers ran from the vehicle.

The circumstances are not yet clear, but sources say this is where the third suspect was shot and wounded by a responding Hempstead police officer.

When contacted Tuesday evening, the Hempstead Police Department refused to comment on the report, specifically refusing to confirm that it was one of their officers who opened fire.

The two passengers were apprehended moments later, but the wounded driver was on the run for approximately 20 minutes. He is said to have driven a short distance before setting off on foot, then hiding in a residential neighborhood in West Hempstead where he was apprehended and rushed to a hospital.

His injuries are not believed to be life-threatening. A law enforcement source says the suspect was not armed at the time of his arrest.

It is not clear how many shots were fired, or whether there was an exchange of gunfire.

Eileen Weinberg lives across the street from where the suspect was captured.

The Nassau County Police Homicide Squad is investigating, which is routine for any police-involved shooting in the county. A spokesman for the NCPD declined to comment on the investigation.