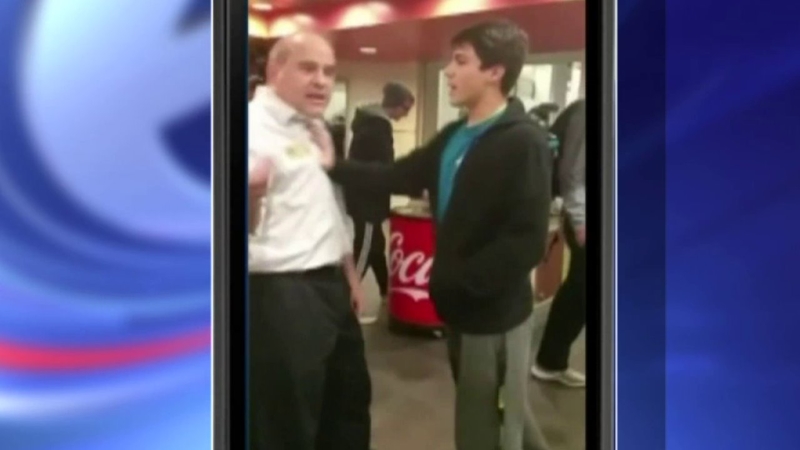 HARTFORD, Conn. -- A University of Connecticut student who went on an obscenity-laced tirade against food service workers when they refused to sell him jalapeno-bacon macaroni and cheese has apologized.

Luke Gatti acknowledged in a 2 1/2-minute video posted online that he was drunk and said he was ashamed of his behavior.

Gatti, a 19-year-old freshman from Bayville, New York, was due in court Tuesday on charges of breach of peace and criminal trespass stemming from his Oct. 4 outburst at the university's student union food court in Storrs, where the university is based. His mac and cheese meltdown was captured on video and has been widely viewed online.

Police and food service supervisor Dave Robinson said Gatti was refused service because he was carrying an open alcohol container. Gatti was shown on video arguing with and shoving Robinson.

"Nobody deserves to be treated that way, ever," Gatti says of Robinson in his apology video. "At the time I was, to say the least, very intoxicated."

He says he was shocked when he first saw the video of his tantrum.

"I was just watching it and saying 'Oh, my God, like what the hell is wrong with me?'" he says.

He says he has personal problems he's addressing and what happened at the student union was a "wakeup call."

"He's a kid that made a bad mistake," Vincent Gatti said. "My son was wrong and feels terrible about this."

Since the mac and cheese outburst, he said, his family has been subjected to a "barrage of yelling, screaming, cursing, obnoxious, horrible, hateful, spiteful people" critical of his son's actions.

Luke Gatti says in the apology video people who want to send him packages of mac and cheese should instead donate them to food pantries.

"There's a lot of hungry people out there," he says.

Some UConn students have started an online fundraiser to show their support for the food service workers.