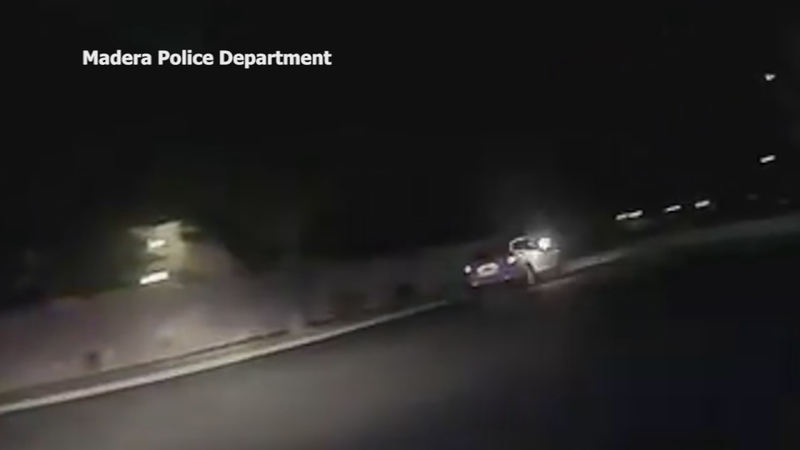 FRESNO, Calif. -- A police officer was shot at early Sunday during a pursuit through Madera, California authorities said.

Madera police said the officer attempted to make a traffic stop on Howard Road at Schnoor Avenue when the suspect driving a Mazda SUV sped off around 4:30 a.m. As the suspect weaved through the neighborhood, a passenger in the Mazda reached out the window and shot at the police cruiser, shattering a window and narrowly missing the officer and a civilian passenger, police said.

Damage from the gunfire forced the officer to pull off and police said the Mazda was found abandoned down the street along with a pistol.

The officer was not hurt while the passenger was hit by broken glass but will be okay. The cruiser was hit three times.

Police said the officer had only been with the department for two weeks when the shooting happened.