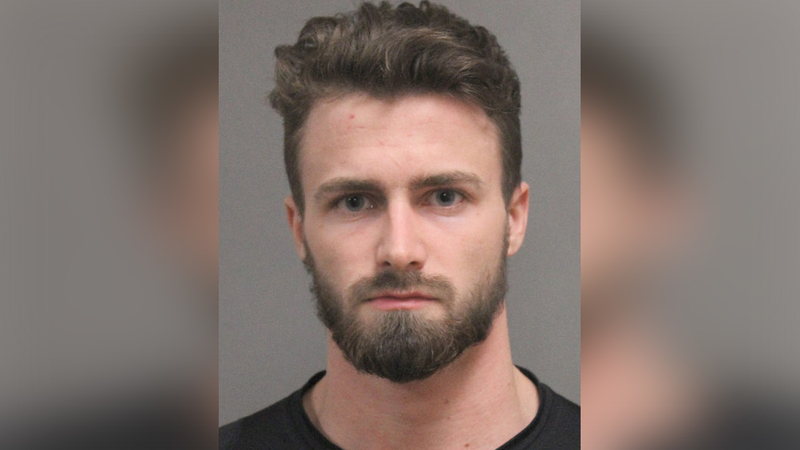 LEVITTOWN, Long Island (WABC) -- A Long Island man is under arrest, accused of spying on unsuspecting women at several tanning salons and recording video of them.

Authorities say 22-year-old Jake Gabler-Colotti was observed by a female customer using a camera to videotape her while she was in a private tanning room at the Beach Bum Tanning on Hempstead Turnpike in Levittown on March 12.

After she contacted police, Gabler-Colotti was placed into custody at the salon.

Once police investigated further, they say they discovered other instances in which the suspect had recorded other female customers inside the Levittown, Seaford and Plainview Beach Bum Tanning salons.

"He would enter a tanning salon booth, he would place that video camera up on top of the ledge and videotape either the one, the victim, to the left or to the right in the other tanning booth," Nassau County police Detective Lieutenant Richard LeBrun said.

LeBrun said investigators have been in contact with the victim from the Levittown location and another from the Seaford location, and they believe Gabler-Colotti may have victimized between three and five women.

They're hoping the other victims will come forward and request anyone with information contact the Second Squad at (516) 573-6253 or Crime Stoppers at 1-800-244-TIPS.

Gabler-Colotti's attorney, Cornell Bouse, disputed the claims of the woman from the Levittown incident, saying she only saw a hand come over the wall.

He says no one saw his client do anything wrong.

"This is a good kid," Bouse said. "He comes from a good family. He has no criminal record at all."

LeBrun said Gabler-Colotti admitted to the alleged crimes to investigators.

Tiffany Hart, of Garden City, frequents the Levittown location and said the news will not stop her from tanning there.

"They took care of it right away," Hart said of the Beach Bum Tanning management.

Gabler-Colotti pleaded not guilty to two counts of unlawful surveillance. He is free on $10,000 bail and is due back in court May 2.

"As soon as the incident occurred and the stress was heard from the customer that was tanning, immediately our manager took action and contacted local authorities," he said. "We're saddened this took place in our facility. Our customers' safety is very important to us, and I want everybody to feel very comfortable and rest assured that they can tan at any of our facilities."