Man attacked after confronting 2 people on motorcycles in NYC park 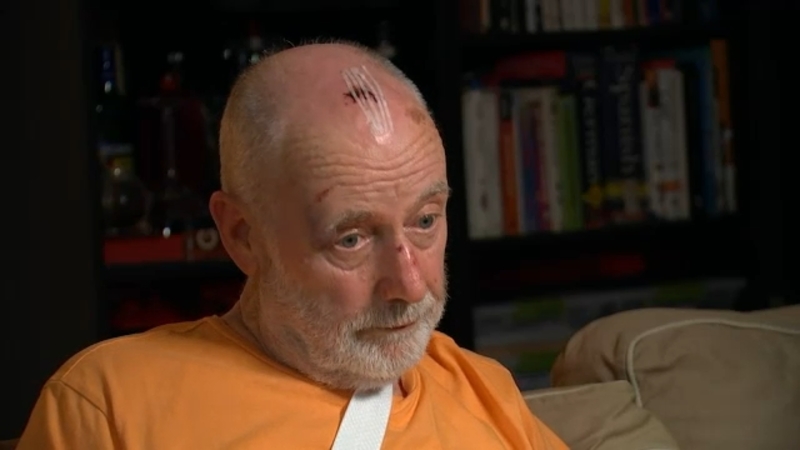 Man attacked after confronting 2 people on motorcycles in park

WASHINGTON HEIGHTS, Manhattan (WABC) -- A 76-year-old man was assaulted inside a park after he confronted two people over their use of motorcycles in the park.

The incident was reported Sunday just before 1:30 p.m. near Indian Road and West 218th Street in Inwood Hill Park.

Teens on illegal motorbikes have reportedly been racing through the streets of Upper Manhattan for more than a week.
Police say the victim, identified as Roberto, rebuked two bikers when one of them came too close. That is when he says they attacked.

The suspects pelted Roberto with logs and rocks.

"If any of those logs would hit me in my eyes, I would lose an eye," Roberto said. "And then when I was on the floor, he started kicking this side."

Roberto was taken to the hospital with minor injuries.

Locals say the whole neighborhood has been overrun by illegal ATVs and motorbikes. Officers were on patrol Monday night, but bikers still rode by.

The phenomenon is nothing new across the city in the warmer months, especially in the 34 Precinct. The commanding officer said Monday he's cracking down, but he needs the public's help.

Cops are asking for people to call 911 when they see a pack of bikers. That way, they can try to head them off.

In the past they've made a show of destroying confiscated bikes and ATVs, but in Inwood, they say the problem has only gotten worse.

They say there's the regular spectacle plus a touch of anti-Asian hate.

"I'm alone on the sidewalk and a few of them approached me and then a few of them told me to go home, and some of them threw water bottles at me, it didn't hurt me it's just terrifying," said victim Pavel Reyes.

No arrests have been made in the attack on Roberto and the investigation is ongoing.