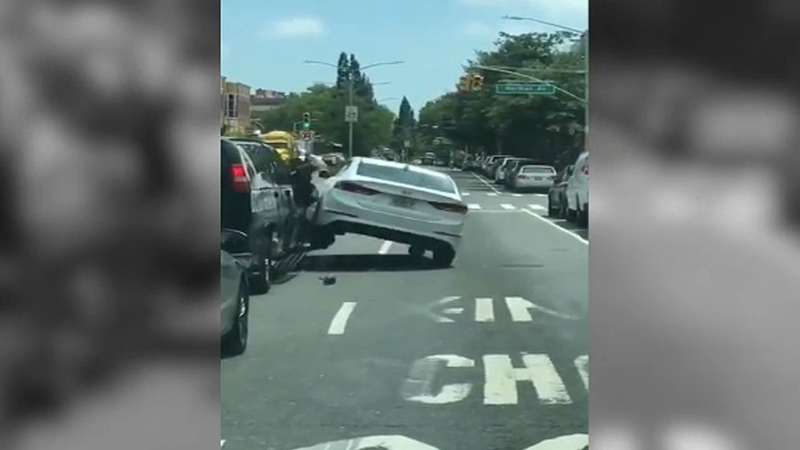 GREENPOINT, Brooklyn (WABC) -- A man faces attempted murder charges after pinning and dragging another man with his car during a road rage incident in Brooklyn Tuesday.

Aside from attempted murder, 46-year-old Kevin McClean, of Queens was also charged with robbery, assault, reckless endangerment, leaving the scene of an accident and menacing. He is being held on $100,000 bail.

Two men got into a minor traffic dispute Tuesday afternoon on McGuinness Boulevard by Norman Avenue in Greenpoint. The drivers got out, words were exchanged and the fight started.

According to the 24-year-old victim, McClean tried to attack him with a knife, then went into his car and stole his car keys. As McClean tried to escape, the victim is seen desperately trying to get his keys back, but McClean drives away, pinning and dragging the victim with his car.

The victim flipped in the air and landed in between two parked cars. Police report he was taken to the hospital with injuries only to his hips and hands. It could've been far worse -- he was able to stand after the incident.

McClean then took off with part of his fender left behind. Police searched for the driver of the white Hyundai with Florida plates until they caught up with him later in the week.