'They put me through hell': Man goes to jail for 82 days after CBP officers suspect honey is laced with drugs 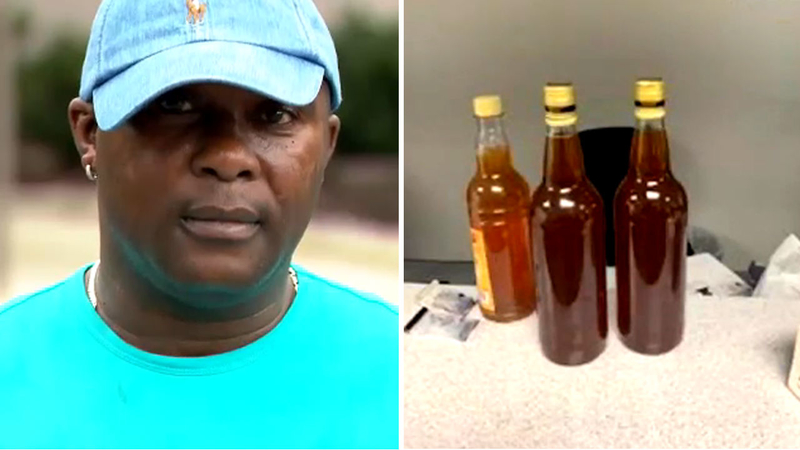 'They put me through hell': Man goes to jail for 82 days after TSA agents suspect honey is laced with drugs

BALTIMORE, Maryland (WABC) -- A man is trying to put his life back together after he was put in jail for months when CBP officers mistakenly believed honey in his luggage was laced with drugs.

When canines started sniffing Leon Haughton's belongings at Baltimore Washington Airport, he thought they detected the KFC in his baggage.

He was shocked when Customs and Border Protection seized the three bottles of honey from his homeplace of Jamaica.

"I saw them come and handcuff me and take me away from my suitcase, so I said 'what's the problem?'" Haughton said.

Officials said Haughton was arrested after the honey tested positive for drugs.

The assumption was the meth was liquefied and placed in the honey.

"When they were ready to release me, they said ICE had a hold on me," Haughton said.

Confusion over his status as a green card holder made it more difficult to get out of the sticky situation.

But the second test in a Georgia lab found that there were no drugs in the honey and the charges were eventually dropped.

"My kids were stressed out, my mom, everybody," Haughton said. "They put me through hell."

The father of six says he is now living at a Days Inn as he struggles to make ends meet.

He lost two jobs while he sat in a Maryland jail for 82 days.

"Once I came out, all my insurances collapsed, my credit was destroyed, I lost my job, everything was a mess," Haughton said.

Haughton said he is now afraid to travel.

When asked who is responsible for the mistake, the state's attorney's office responded saying, "There was no error by any agency."