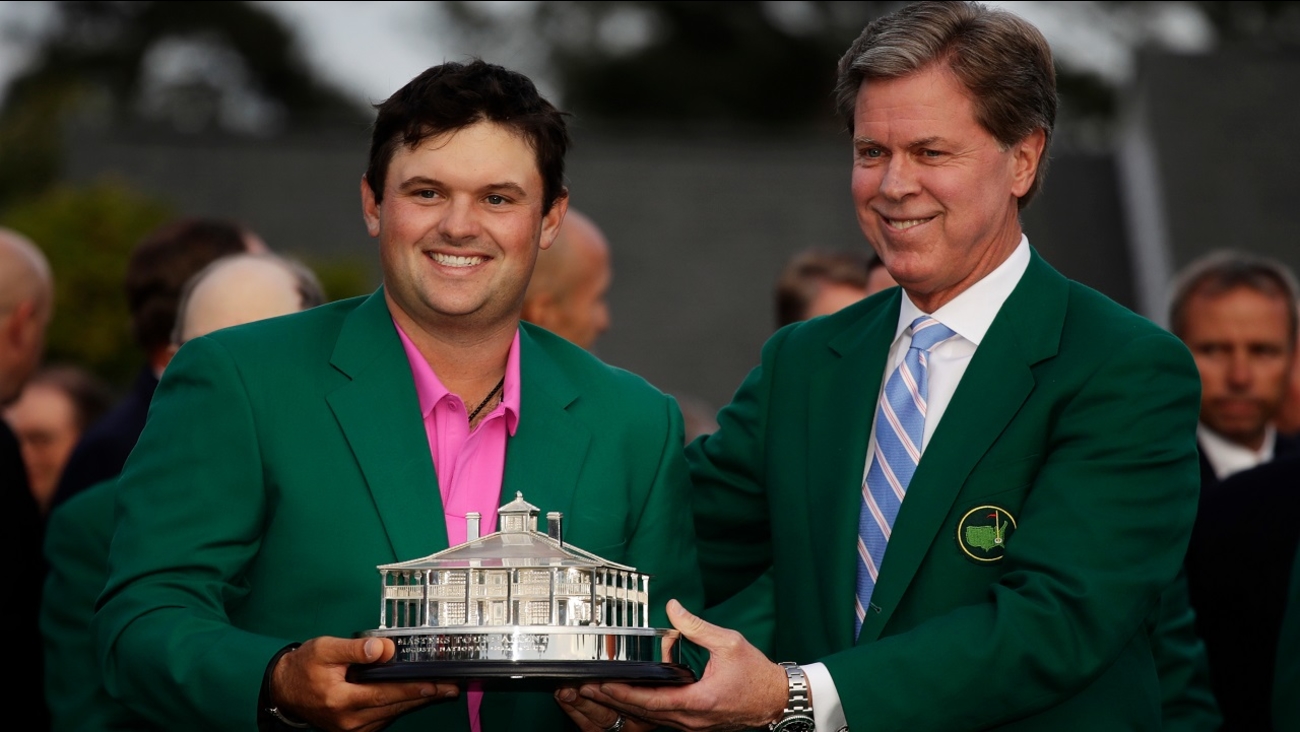 AUGUSTA, Georgia (WABC) -- Patrick Reed has won his first major championship with a thrilling one-shot victory over Rickie Fowler at the Masters.

Reed pulled ahead of Jordan Spieth with an 8-foot birdie putt at the 14th hole Sunday, saved par with a 6-foot putt at No. 17 and pulled off a testy two-putt at the final hole to win with a 1-under 71. His total was a 15-under 273.

Fowler made quite a run at his first major title, making six birdies over the final 11 holes for a closing 67.

It wasn't quite enough.

Spieth began the day nine shots behind and turned in one of the greatest final rounds in Masters history with an 8-over 64. But a disappointing bogey at the last hole, when his tee shot struck a limb, ended his hopes of improbably catching Reed.

Rory McIlroy went into the round three shots off the lead, in good position to make a run at the career Grand Slam. But he stumbled to a 74 and finished six shots behind Reed.