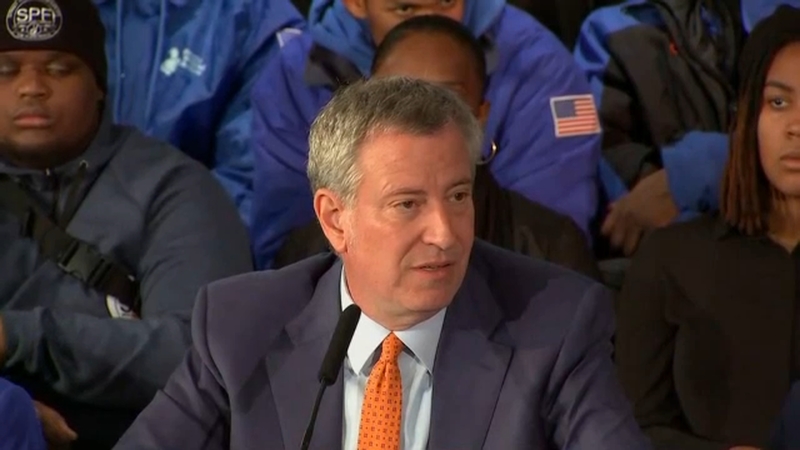 At a news conference Thursday morning, the mayor endorsed what he called "the safe and fair legalization of cannabis in New York."

He also unveiled his plan for regulations he says will result in safer streets and more economic opportunities.

The report emphasizes the need to ensure that any marijuana industry in New York City right the wrongs of the past and promotes economic opportunity.

"I support legalization because we've developed a path forward that will help make our City fairer," de Blasio said in a statement. "I look forward to working with the State to make this a reality."

It was perhaps inevitable. With 10 states and the District of Columbia already on board, Mayor de Blasio says the time is now to legalize pot.

The stance puts him in agreement with New York Governor Andrew Cuomo, who said it was a priority of his for 2019.

"Let's legalize the adult use of recreational marijuana once and for all," said Cuomo.

On Monday, Cuomo cited what he called needless and unjust criminal convictions and the debilitating stigma around marijuana.

"I do not believe these cases keep us safer, they cause a lot of distrust in our justice system," said Gonzalez. "These convictions really have a dramatic impact on the quality of someone's life."

Legalizing recreational marijuana has been a rallying cry among those in favor of criminal justice reform. But for de Blasio, there's another reason.

A city report concluded $1.7 billion worth of marijuana could be sold legally in just one year, and the city could charge sales tax.

In a city beset by failing subways and crumbling infrastructure, legalizing pot could raise much-needed money.