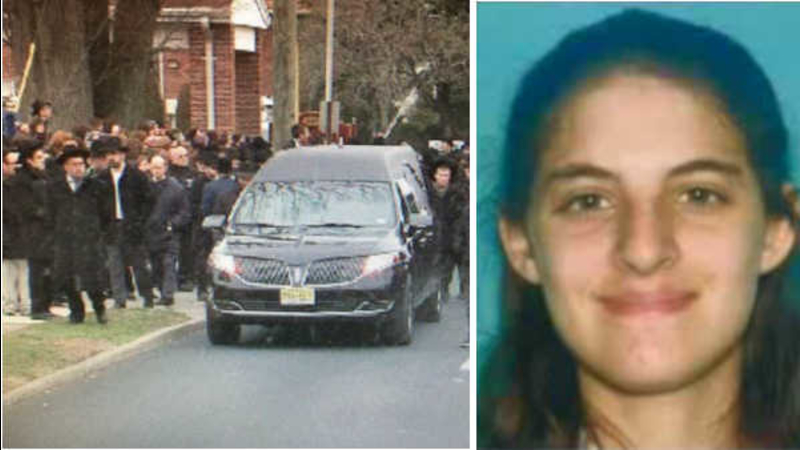 WALLINGTON, New Jersey (WABC) -- It was a solemn day for friends and family of Devorah Stubin. With so many pouring into the Jewish Memorial Chapel in Clifton, countless mourners had to watch the funeral service from monitors outside.

So many mourners turned out for 22 year-old Devorah Stuben's funeral, hundreds had to watch from monitors outside. pic.twitter.com/2PQ2hzRsJu

"I don't even have words, it's so tragic. I don't know what to say. It's really hurtful - we can't undersand," says friend Chana Gorelik.

Stubin's lifelong friends say the 22-year-old was always trying to help others. She worked with children with special needs, and always had a positive outlook on life.

After vanishing several days ago, search teams discovered her body in her car at the bottom of the Passaic River on Saturday night.

Police say on Thursday, she called her mother crying and sounding lost. Officials say her car careened off a steep embankment in Wallington before crashing into the water. As investigators try to figure out what went wrong, loved ones say her life was cut too short.

"I'm in utter shock. She was such an incredible, sweet genuine person. Everyone knew her. You couldn't say a single thing wrong about her. She always looked in the positive for everybody, always looked to find the good in people," said Penina Nussbaum.

"The words to say about her can't even cover for who she is. I just can't even. She was just so incredible. She loved everyone. She was so kind to everyone. She would never say anything bad about anyone - she just wanted to have a good time," adds Gorelik.

Investigators say it was a call about a damaged fence on Saturday that led them to her car 10 feet under water. It was debris leading to the river that made police realize what had happened, leaving her family devastated.

"It's very difficult for the family, as you can imagine. The family is very grateful to all of those that have helped. All of the searchers," said family spokesperson Moshe Zahler.

Family members say Stubin suffered from seizures, but investigators do not know at this point if that is what caused the crash.