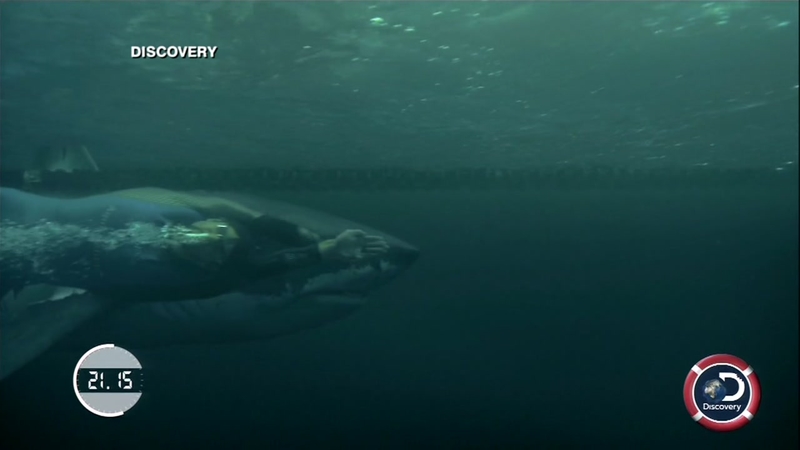 Michael Phelps said he's always up for a challenge, so when he was given the opportunity to 'race' a great white shark, he took it.

"I don't like taking silver medals, but I'll take one to a great white," Phelps said after losing his highly anticipated race.

The race, which was part of Discovery Channel's Shark Week, consisted of Phelps swimming beside a computer simulation of a shark.

Since sharks don't swim in a straight line, its time of 36.1 seconds was calculated by measuring sharks in different situations to determine its average speed. Phelps was given a fin and suit that mimicked shark skin to help even the playing field.

While some viewers were impressed with Phelps' performance, others seemed disappointed that the two competitors were not technically swimming side-by-side.

IF I WANTED A CGI SHARK I WOULD'VE WATCHED SHARKNADO MICHAEL!!

Call me crazy but I thought they were gonna put Phelps up against a real shark not a simulation. I feel robbed. #SharkWeek #PhelpsVsShark pic.twitter.com/XgdEphkl6m

As for Phelps, he's ready to try again, perhaps with a home field advantage.