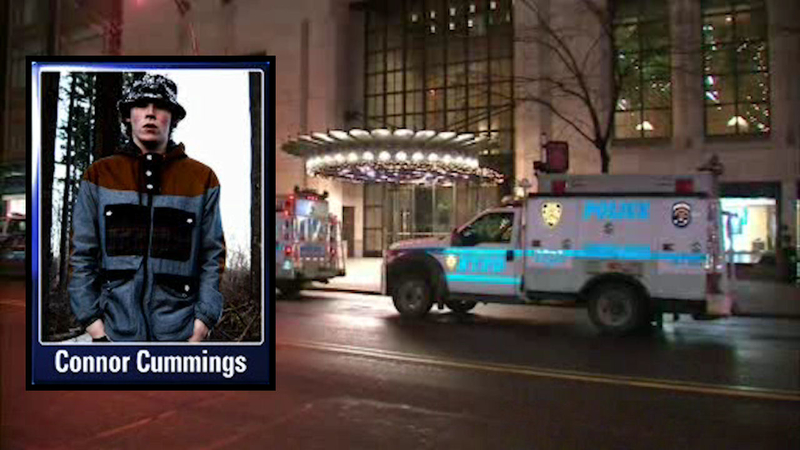 MIDTOWN, Manhattan (WABC) -- Police say a New Jersey man who was trying to descend the facade of the Four Seasons Hotel in Midtown after snapping photos of the city skyline with a friend plunged to his death late Wednesday.

Officials believe 20-year-old Connor Cummings, of Rockaway, and his friend were just trying to take pictures atop the 52-story building, and the victim's family described him as a photography buff.

He and his 18-year-old friend were apparently climbing down scaffolding they had used to access the roof when he fell nine stories down the interior shaft.

Police say he landed on a catwalk several levels below and died at the scene.

His friend climbed down to get help, and now that friend is being interviewed by detectives. Police at the scene reportedly recovered the photography equipment he was using.

The young man's aunt, however, feels like the whole incident doesn't add up. She said he was a photography buff, but no daredevil.

"We're trying to get answers," Kate Gentile said. "They say that he went up the elevator, and then went up a stairway, and then went out on a balcony, but the cops aren't saying exactly what happened. And I know the medical examiner was up there. I mean, he's a young kid, he's a good kid. They weren't drinking or anything, they were taking a picture."

Cummings was attending college in Massachusetts.