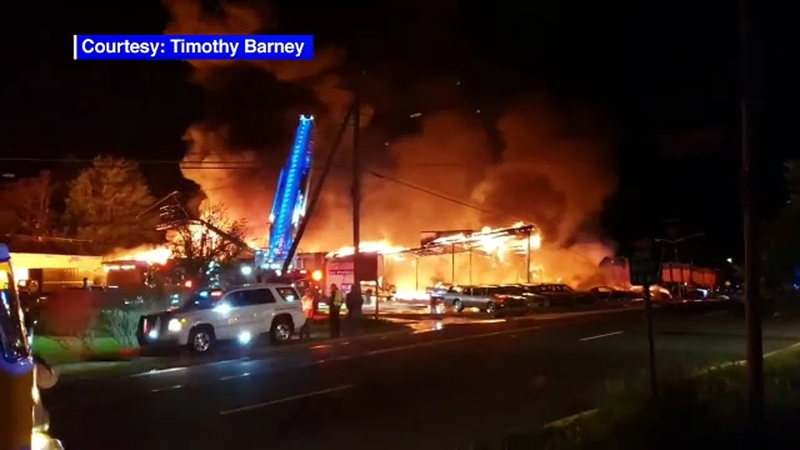 The fire broke out at 613 Automotive, a used car dealership, on South Main Street in Ellenville around 1 a.m.

The location is being used for an HBO miniseries, "I Know This Much Is True," starring Mark Ruffalo and Melissa Leo.

Some antique cars were believed to be at the dealership for the shoot at the time of the fire, and more than 50 autos were destroyed.

There were also several explosions as the vehicles went up in flames.

The cause of the fire is unknown and under investigation, but it is believed to be accidental. A security guard posted at the site who called 911.

"Everyone in Ellenville was excited about it," dealership owner Levi Hecht said. "Everybody was driving by and commenting, positive. It was bringing the life back to Ellenville."

All the cars that were gutted were brought in by HBO. The vehicles owned by the dealership had been moved off site for filming.

Hecht said he plans to rebuild.

HBO released a statement Thursday regarding the fire: "A fire took place last night at a location for HBO's limited series I KNOW THIS MUCH IS TRUE. Filming had concluded earlier in the evening and no one involved was injured. The fire is currently under investigation. We have temporarily suspended production and we expect to resume shortly."