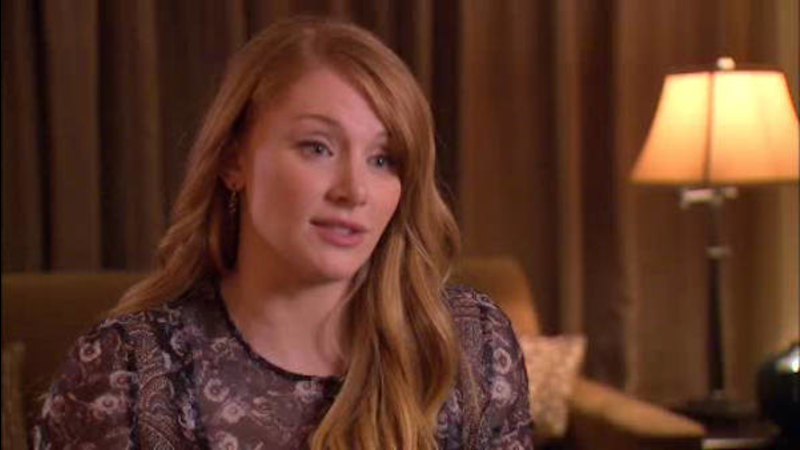 NEW YORK (WABC) -- Adults take a back seat to a boy named Pete and his dragon in a new film in theaters this weekend, and actress Bryce Dallas Howard makes the most of her role in this re-make of a movie she enjoyed as a child.

"I saw the 1977 'Pete's Dragon' over and over and over again," she said. "When I told my little sister that I was going to be in the new film, she burst into tears because she was like, 'That was our whole childhood.'"

A sense of wonder is what every great movie for children must have, and "Pete's Dragon" proves a worthy successor to a classic.

Bryce Howard is the daughter of actor and director Ron Howard, and she grew up in Westchester County.

"I remember being a kid, and I would go into the backyard," she said. "And there was a lot going on in my mind, when it was actually just a backyard."

In her latest movie, she plays a sympathetic park ranger who discovers an orphan in the woods. Veteran actor Robert Redford plays a character who believes Pete when he says he had help surviving in the wild from a dragon named Elliot.

"It's this really, really beautiful thing to be a part of a film," she said. "That touches a child's imagination and heart."

The star has two children of her own, but it was her husband who provided the key to her latest role.

"'Just be with Pete in the same way you are with our kids,'" she said. "With the park ranger costume."