Weekend Showcase: The Museum of Jewish Heritage - A Living Memorial to the Holocaust 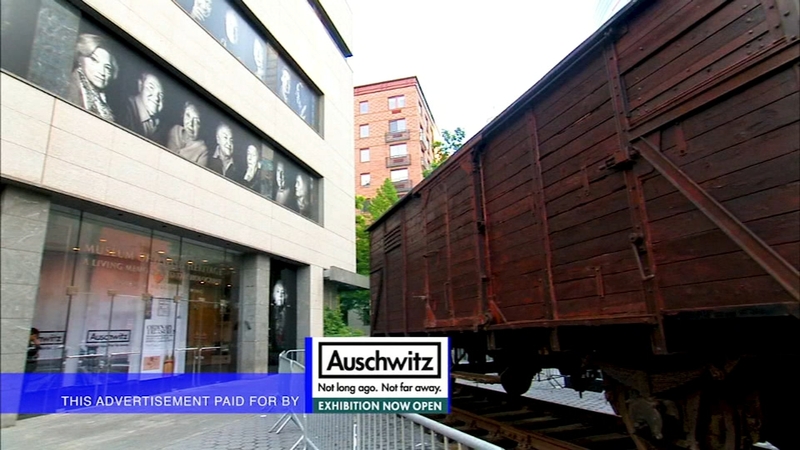 Weekend Showcase: The Museum of Jewish Heritage - A Living Memorial to the Holocaust

NEW YORK -- The Museum of Jewish Heritage - A Living Memorial to the Holocaust presents a new, historical exhibition, Auschwitz. Not long ago. Not far away. - the most comprehensive Holocaust exhibition about Auschwitz ever exhibited in North America. The exhibition traces the development of Nazi ideology and tells the transformation of Auschwitz from an ordinary Polish town known as Owicim to the most significant Nazi site of the Holocaust where over 1 million Jews, and tens of thousands of others, were murdered. The exhibition describes not only the story of their persecution and murder, but also the many ways ordinary people responded to the unfolding genocide, including inspiring stories of resistance, resilience, courage, and altruism.

In addition, the exhibition contains artifacts that depict the world of the perpetrators who created and operated the largest of the German Nazi concentration and extermination camps. Auschwitz. Not long ago. Not far away. is produced in partnership with the international exhibition firm Musealia and the Auschwitz-Birkenau State Museum in Poland, and includes artifacts from more than 20 international institutions. Auschwitz. Not long ago. Not far away. is on view through January 3, 2020. Visit Auschwitz.nyc for more information and to reserve exhibition tickets.
Report a correction or typo
Related topics:
societythe museum of jewish heritage
TOP STORIES
No cases of omicron variant in NYC yet, Mayor de Blasio says
Crater left on beach after explosive device detonated on Long Island
Twitter CEO Jack Dorsey steps down from position
Cyber Monday deals: Strategies to shop and save big
US travel restrictions take effect due to Omicron variant
Gun range fire in Rockland County leaves 3 firefighters injured
RFK Bridge reopens after trooper fires shot trying to stop car
Show More
AccuWeather: Cold and breezy
Matthew McConaughey won't run for Texas governor in 2022
COVID Updates: NJ Gov. Murphy receives booster shot
Opening arguments set to begin in trial of Ghislaine Maxwell
Protesters show support for Asian woman struck in head with rock
More TOP STORIES News