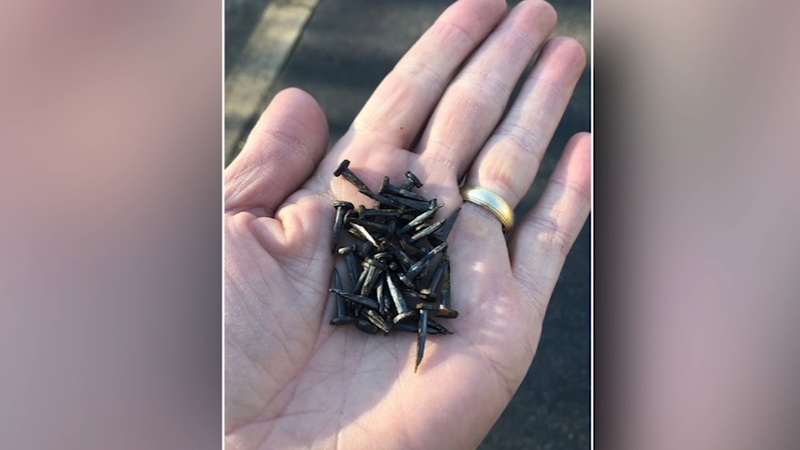 "This not only puts citizens in danger, it puts police officers in danger," Baer said. "It damages property and it costs taxpayer money. All of this comes together to make this a cowardly, stupid act."

Michael Ritchie, who has repaired tires for forty years, said the nails can do a lot of damage.

"They can actually puncture a tire, especially if you get two, three or four of them it can make a tire go down quick."

Neighbors like Chloe James hope officers will be able to catch the vandal by using surveillance video.

"Something really important could be going on and that's preventing them from going to help," James said. "That's really unacceptable."