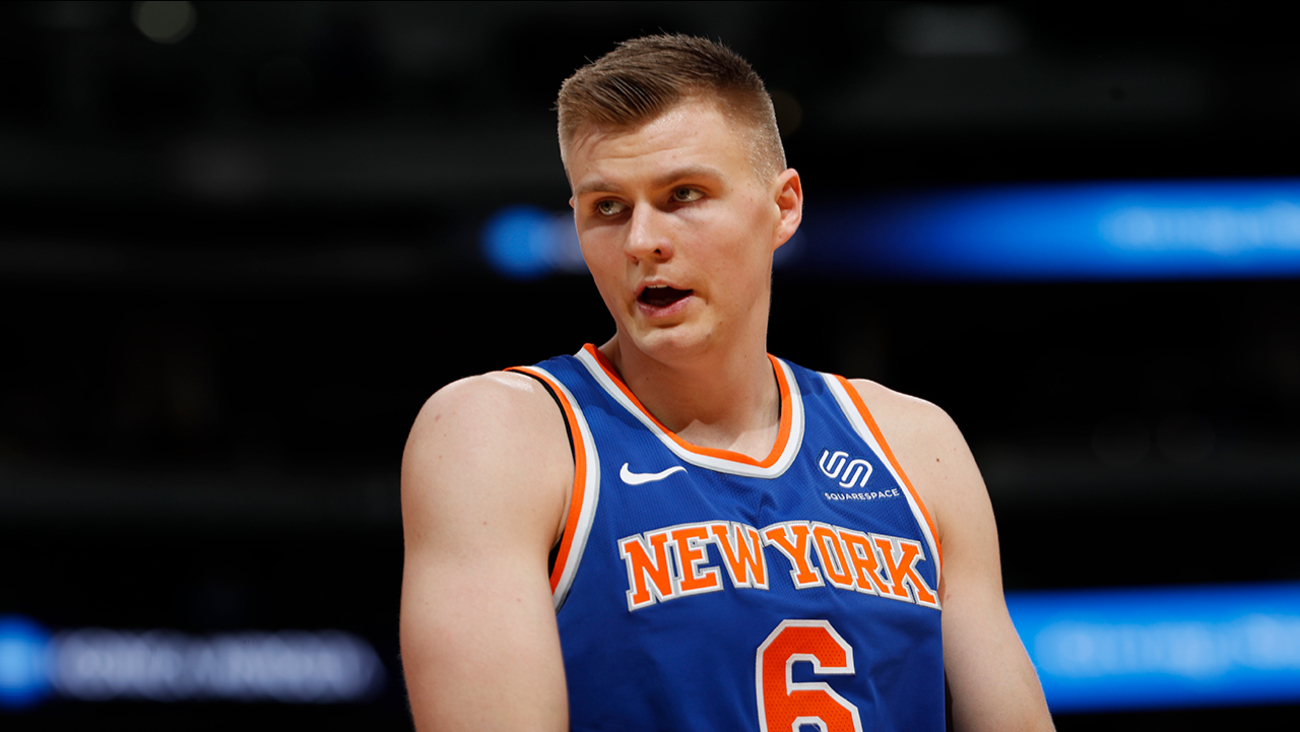 The deal will also reportedly involve the Mavericks sending future first-round draft compensation to New York. Players and agents are being notified of the particulars.

The 7-foot-3 Porzingis, the No. 4 overall pick in the 2015 NBA draft, has been sidelined for nearly a year with an ACL injury.

He was averaging nearly 23 points per game in the 2017-18 season before being sidelined.

Porzingis has been working out as he attempts to return to the court, and the team's medical staff confirmed recently that his knee is healing well.

Porzingis once was expected to be the Knicks' franchise player for years. But they declined to give him a contract extension last summer, and now by trading him and Hardaway seem instead to be gearing up to pursue players in free agency.

Earlier Thursday, Porzingis met with the Knicks and left franchise officials with the impression that he wanted to be traded, league sources told ESPN.

The Knicks have struggled this season with a 10-40 record, the league's worst, and are on an 11-game losing streak after a 114-90 defeat at the hands of Dallas Wednesday night.

Smith was chosen by Dallas with the No. 9 pick in the 2017 draft after New York selected Frank Ntilikina with the 8th pick.

Smith posted the second triple-double of his career Wednesday when Dallas won at Madison Square Garden.

Jordan is a former U.S. Olympian and top defensive center, but if it's unclear if the Knicks will hold onto him. They are focused on playing their young players, so could look to move Jordan. The trade deadline is next Thursday.

The Knicks made the trade with an eye toward the future. In trading Hardaway and Lee along with Porzingis, they are freeing up enough salary cap space to sign two maximum contract free agents next summer, with potential targets including Kevin Durant and Kawhi Leonard.