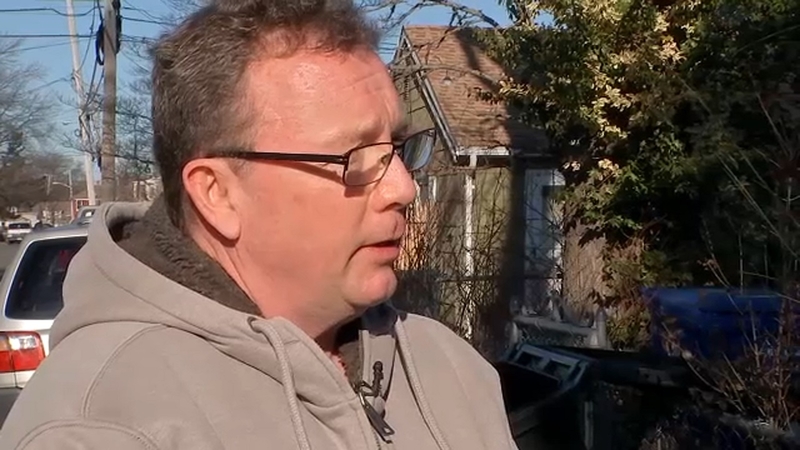 MIDDLETOWN, New Jersey (WABC) -- A man risked his own life to save his own neighbor in New Jersey.

When Rob Clancy noticed smoke billowing from the house next door in Middletown, where a 74-year-old veteran lives, he didn't hesitate to go in.

"The whole front - everything is coming out. It's an old house, so there are a lot of cracks in it," said Clancy.

On Wednesday morning, just before 8, the 55-year-old was taking out his recycling when he saw thick, black smoke billowing from the home. Right away, he knew his neighbor was inside, and most likely couldn't get out.

"He's got a walker, and he just got out of the hospital. He was in the hospital for about a year straight, so he has no strength," said Clancy.

With the front of the house fully engulfed, Clancy went right through the front door.

"I called for him. I thought I heard him in the back," added Clancy.

Last year, there was a huge fire around the corner. Neighbors tried hard to get inside to save an 18-year-old, but they couldn't because of the flames. So, somewhere in the back of Clancy's mind, he said he wasn't going to let that happen again.

Clancy found his neighbor on a sofa in the back of the house and pulled him safely out of a back door.

Clancy is as humble as they come, saying it was just the right thing to do.

"It really wasn't too much thought to it, you know? I know he was in there, and I knew I had to go in there and get him. That's all there was," he says.