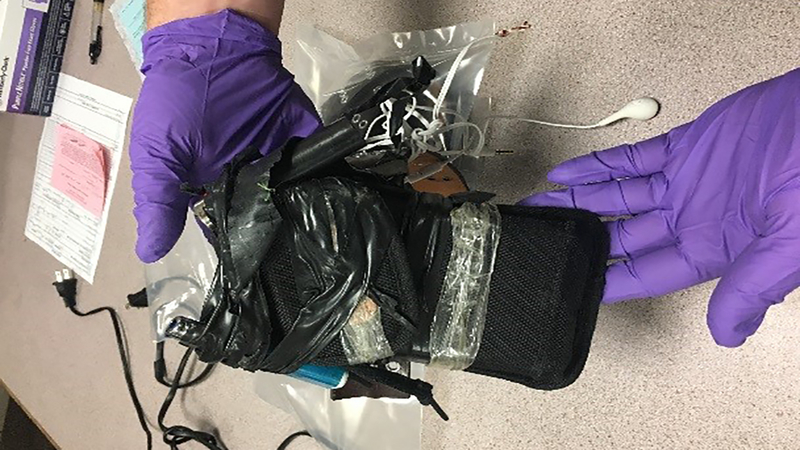 Man charged with trying to detonate device at train station

NEW ROCHELLE, Westchester County (WABC) -- A man is under arrest after police say he tried to detonate an inoperable device at the New Rochelle train station.

Officers responded to the station shortly after 2:30 p.m. Monday on a report of a man attempting to detonate a backpack he was wearing.

Police say 54-year-old Thomas Skoupa was seated on an outside bench, wearing a nylon pouch with wires protruding from the pouch and several cigarette lighters attached.

When officers approached him, police say Skoupa stood up, extended his right arm and activated a small flashlight, turning it on and off several times.

He was taken into custody.

The device was removed from his body and discovered to be a radio/Walkman wrapped in electrical tape connected with wires, and inoperable, authorities said.

Skoupa was charged with making a terroristic threat.