HARLEM, N.Y. (WABC) -- Early-morning raids at housing complexes in Harlem led to the arrests of more than 100 suspected gang members.

The suspects were operating out of the Manhattanville Houses and the General Ulysses S. Grant Houses, two city-run complexes that some 400 law enforcement officials descended upon Wednesday. 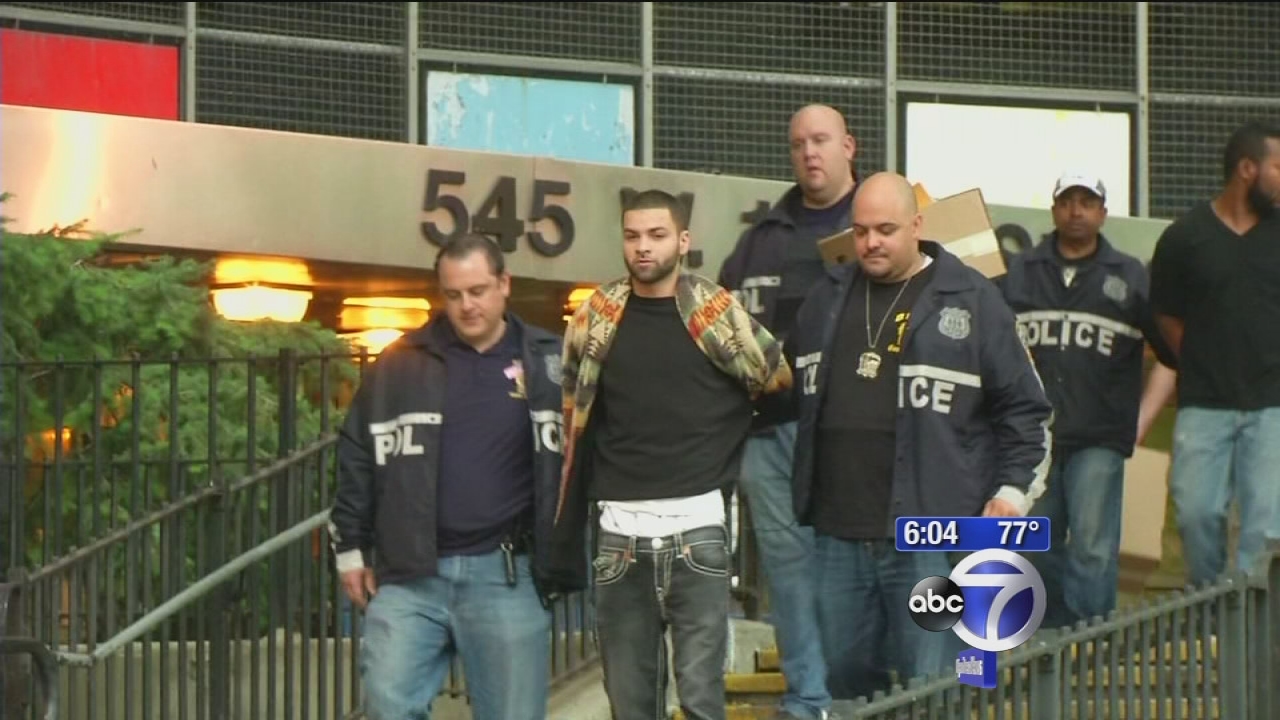 Many have already been indicted in a conspiracy case and are expected to be arraigned on charges that include conspiracy to commit murder.

It was dubbed the Operation Crew Cut Initiative, with NYPD Commissioner William Bratton addressing the officers beforehand and then observing the raids in action.

Officials say 103 people were indicted by prosecutors, 41 of whom are already in jail on other charges.

Nearly 30 search warrants were executed in the operation, described as one of the biggest takedowns in NYPD history.

The suspects have been linked to at least two murders and 20 other shootings. They are alleged to be members of the Money Ave, Make It Happen and 2 Stacks gangs.

The investigation, by the Manhattan District Attorney's Office and the NYPD gangs unit, was sparked by the fatal shooting of 18-year-old basketball star Tayshana "Chicken" Murphy at the Grant Houses in 2011.

Two young men were convicted in her murder, and since then, police placed watch towers between the two apartment complexes to aid in their investigations and keep crime down.

Prosecutors were able to link the suspects to violent acts that occurred before and after the Murphy shooting.

The dead girl's mother, Taylonn Murphy, has since joined up with Arnita Brockington, the mother of one of the two men convicted in her murder, to form a group called Both Sides of the Gun. The group raises awareness about the consequences of gun violence.

Meanwhile, efforts are under way by the city to build a play street between the two apartment complexes to create a safe haven corridor for residents.

The two projects that have been fighting are Manhattanville Houses and the General Grant Houses.