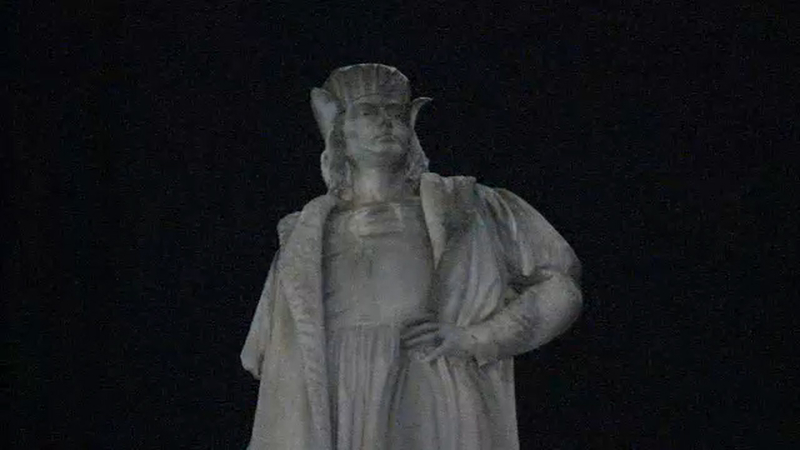 It is looking into whether various statues and monuments around the city, including the Christopher Columbus statue at Columbus Circle, should be taken down.

The controversy led some people to boo the mayor at the Columbus Day Parade along Fifth Avenue Monday.

Some said they are angry at de Blasio for even considering removing the statue, and his decision to form a commission prompted a backlash from fellow Italian-Americans who vowed to defend the Columbus statue, which has stood over Columbus Circle for more than a century.

"You can debate the historical figure of Christopher Columbus, but you can't debate the contribution of Italian-Americans to this country," de Blasio said at the start of the march.